California’s population grew exponentially in the 1930s, more than doubling from 3.4 million in 1920 to 6.9 million in 1940. In Los Angeles, this growth in population was mainly migrant workers and caused the city to undergo rapid urbanization. However, the Great Depression was ongoing, and 1938 was one of the most economically devastating years. In 1938 the Los Angeles Bureau of Housing and Sanitation made a report, under the direction of M.S. Siegel, on the overwhelmingly inadequate living conditions of densely populated areas throughout Los Angeles. Photographs of poor housing conditions, slums, and buildings considered to be extreme fire hazards from all across Los Angeles were compiled into a photo album that accompanied the report. This report was used to advocate for slum clearance and construction of affordable housing units. The "Report of Slum Conditions," published in the 1938 issue of the Los Angeles Department of Health Bulletin stated that by furnishing low-cost public housing, “to those most deserving we can inaugurate a program of slum demolition and at the same time possibly prevent the creation of new slum areas.” However, the majority of the people living in these poor conditions and slum-like housing could not afford even the low-cost housing that Siegel proposed. New housing brought healthier, safer living conditions to the area, but did nothing for the poor individuals that it pushed out. The images in this collection reveal the dire living conditions faced by individuals and entire neighborhoods in Los Angeles in 1938-1949. Extreme poverty caused many to live without electricity, running water, or shelter, leaving them at risk for disease. Oftentimes, five or six families would be living in a shed or a small home meant for a single family. Others lived in abandoned streetcars and garages, and communal outdoor bathrooms were commonplace. In a related attempt to rebuild and improve the country, the Home Owner’s Loan Corporation, a New Deal agency, was created to determine areas across America that needed housing improvements. This agency created color-coded maps of nearly 250 cities across America based on credit-worthiness and living potential in the 1930s. The “Mapping Inequality: Redlining in New Deal America” project provides unique access to these maps and corresponding notes created by the Home Owner’s Loan Corporation (HOLC) on a remarkable scale. The “Mapping Inequality” project allows users to draw connections between past actions and current American issues. These types of reports, however, only added to the issues of poverty, racial discrimination, and the redlining in poor districts within Los Angeles. The photographs and scrapbook from the “Poor Housing Conditions in Los Angeles Scrapbook” and “Los Angeles Slums and Fire Hazards Photograph Collection” collections offer a unique and important glimpse into the life and living conditions of Angelenos in the 1930s. This topic is timely given legislation introduced in 2016-17 to try to tackle homelessness in Los Angeles. View this collection on the contributor's website.
View collection guide.

99 items found in this collection 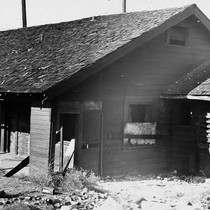 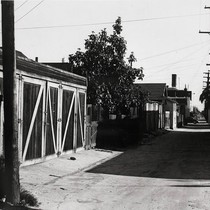 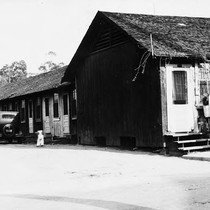 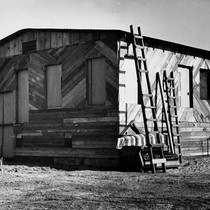 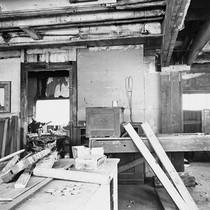 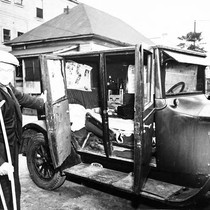 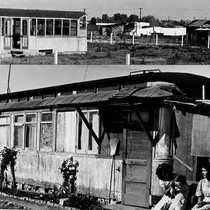 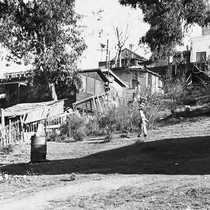 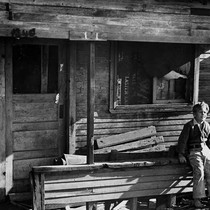 Child in front of shack 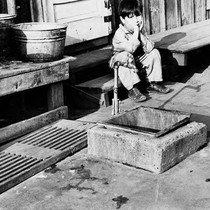 Child on porch with basins 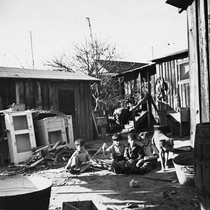 Children and dog in yard with debris 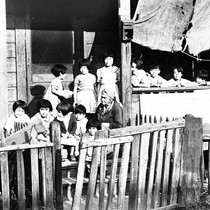 Children and woman on porch 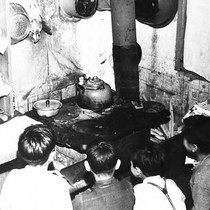 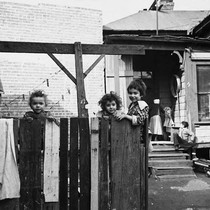 Children in a yard 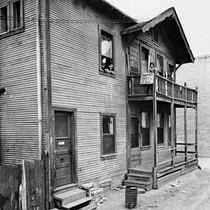 Children in front of dilapidated residence 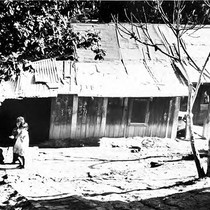 Children in front of dwelling 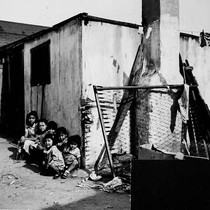 Children in front of dwelling exterior 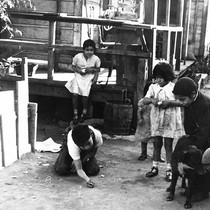 Children in front of porch 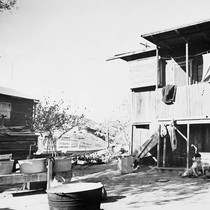 Children in front of shack 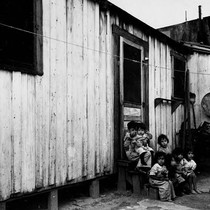 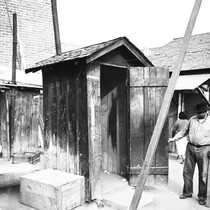 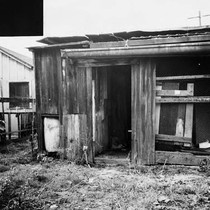 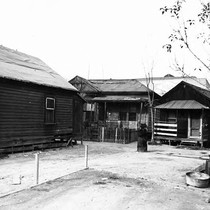 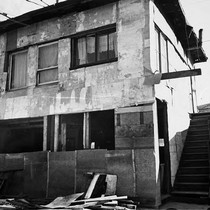