This collection consists of five albums of black and white photographs taken by P. T. Glass of the Golden Gate International Exposition. The exposition was held from February 18 to October 29, 1939 on Treasure Island to celebrate the recent openings of the Golden Gate and Oakland Bay bridges. More than 10 million people visited the exposition. A reorganized exposition was held on the site May 25 through September 29, 1940.

The photographs in albums 1-4, often humorously titled, were taken between February 18 and October 29, 1939 as Mr. Glass, sometimes accompanied by his wife, parents, and friends, returned repeatedly to the exposition. The views are mostly exterior shots of the various structures, landscaping, and exhibits of the exposition. Exhibits pictured include the Court of the Seven Seas, Sun Tower, Court of the Moon, Sunken Gardens, Court of Reflections, Star Lady, Arch of Triumph, and Court of Flowers. Many architectural features are shown, as well as statues, fruit displays, and some activities such as the Marimba band, and a musical drill by Canadian mounted police.

191 items found in this collection 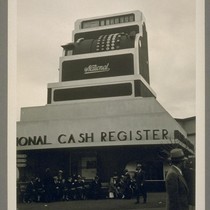 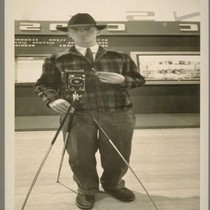 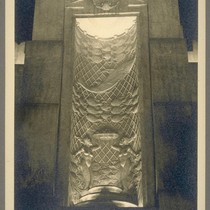 Above a doorway along Court of Seven Seas 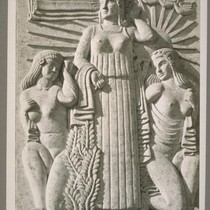 Above the entrance between the administration building and Metals & Mining building 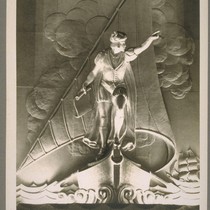 Along Court of Seven Seas 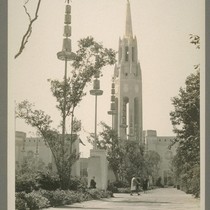 Along one side of Court of Reflection 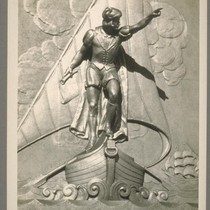 Along the Court of Seven Seas above entrance to Vacation Land building. ... 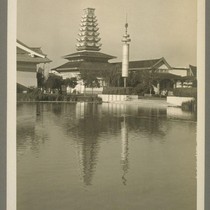 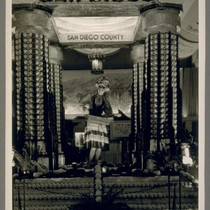 Another bunch of fruit - in the San Diego County building 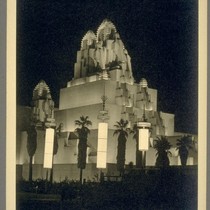 Another Elephant Tower at night 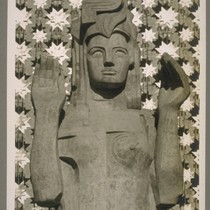 Another of my friends - is it with horror or amazement that ... 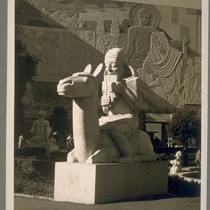 Another of those things around Fountain of Western Waters - said to ... 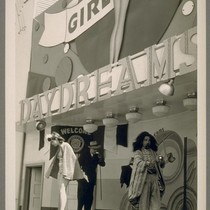 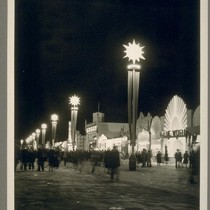 Another part of Gayway at night 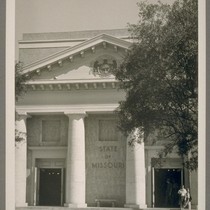 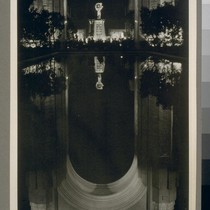 Another Upside down one. Arch of Triumph at Court of Reflections 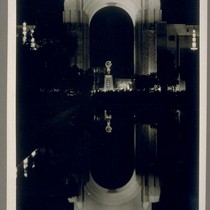 Arch of Triumph at Court of Reflections 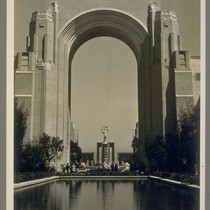 Arch of Triumph looking toward Court of Flowers 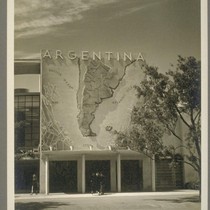 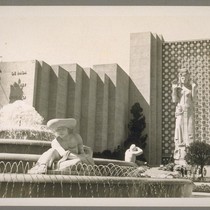 Around Court of Pacifica one afternoon 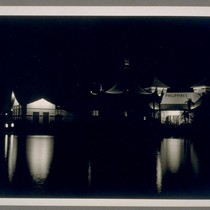 As seen from Pacific House 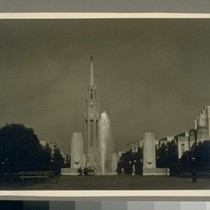 As seen from part of Trade Winds 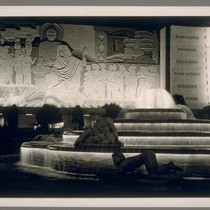 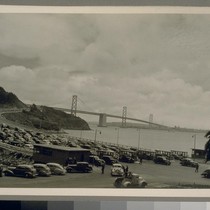 At the automobile entrance to exposition - what? One leaving already - ...
of 8