Gradual from Maundy Thursday to the Vigil of Pentecost

The manuscript Perkins 4, which resides in the Ella Strong Denison Library at Scripps College, is an illuminated Gradual with the propers for the mass of the Roman Catholic Church. The Gradual contains masses for the feasts from Maundy Thursday to the vigil of Pentecost. The 151 folios are parchment with original foliation in red ink on each page. They are sewn into 17 gatherings of 8 and a final gathering of 7 sheets. Each folio measures 450 x 628 mm and includes up to five staves of Latin text and music in red four-line staves and black plainsong (square) notation. Pages with lengthy rubrics contain fewer lines of music. Many pages contain decorated initials, and nine pages have large historiated initials enclosed by floral borders. The Gradual still rests inside its original binding, blind stamped leather over heavy boards with four corner bosses reading "Iesus" and "Maria" and one center boss in the shape of a rosette on each cover. The remains of clasps with a monogram "IHS" are on the fore edge of the front cover. Bosses and leather stamps prominently feature fleur-de-lis, hinting at a French royal or noble commission. The final illumination appears to represent the nobility by whom the book was commissioned or for whom it was made. The style of the art — in the illuminations and the borders — indicates that the Gradual was written in northern France, probably Rouen, in the early 16th century. One page border (folio 123 recto) differs from the others in that it is in a more classical (rather than renaissance) style, possibly indicating Italian influence or a different illuminator. Such a large Gradual is said to be in Choirbook format, i.e. large enough for many singers to read the music and text at once. A Choirbook would have sat on a lectern in front of the choir in a chapel or church. This gradual shows very little wear in the form of burn marks, wax drips, and dirt from hands. This may be an indication that the Gradual was a Presentation book, intended to be owned as an object (of art) by a member of the nobility or upper echelons of the clergy. The annotations include full liturgical information, translation of rubrics, musical and liturgical comparisons with the Liber Usualis (abbreviated LU), and descriptions of each page, including descriptions of illuminations. View this collection on the contributor's website.

305 items found in this collection 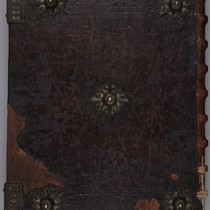 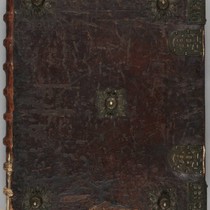 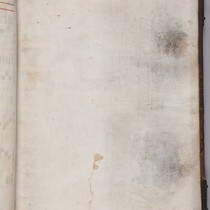 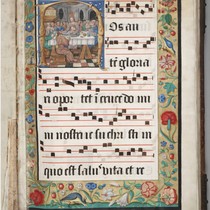 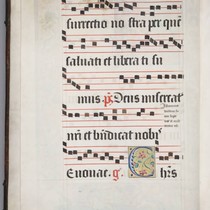 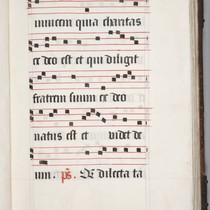 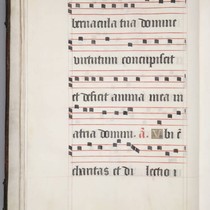 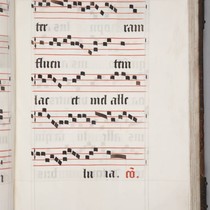 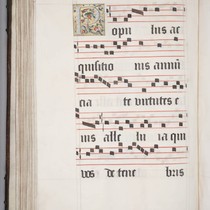 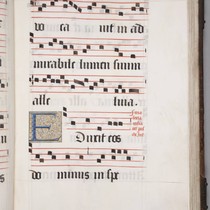 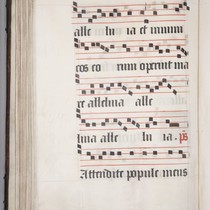 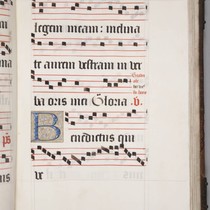 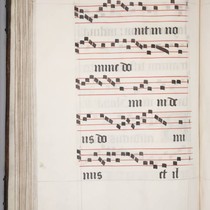 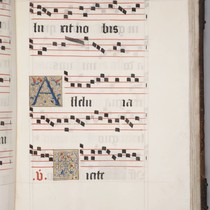 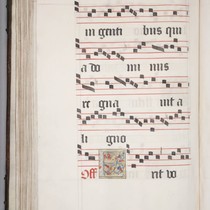 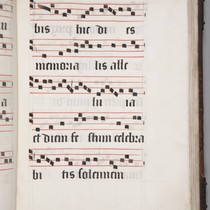 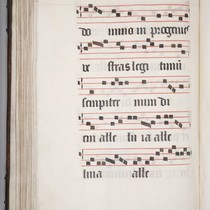 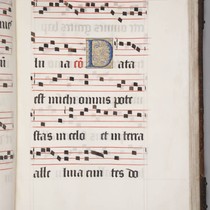 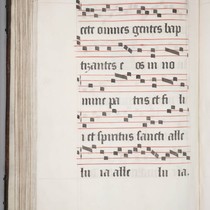 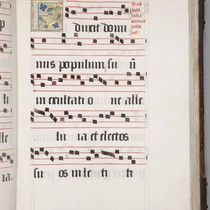 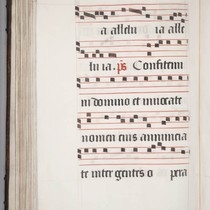 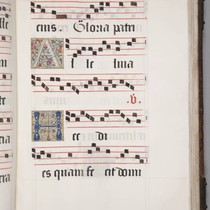 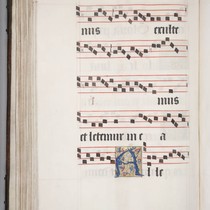 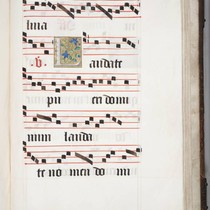