Founded in 1926, Scripps College was the first undergraduate institution added to The Claremont Colleges, a system of linked educational institutions organized by Pomona College (1887) in 1925-26. Scripps was planned both as an independent institution of higher learning and as a component part of the Claremont Colleges. Scripps College is frequently described as one of America's most beautiful college campuses. Architect Gordon Kaufmann prepared a comprehensive campus plan in 1926, and during the next thirteen years, designed eight buildings for the campus, including residence halls, academic buildings and a walled garden. The buildings are Mediterranean in style and are laid out among formal gardens, courtyards, and lawns designed by landscape architect Edward Huntsman Trout. Building colors throughout the Scripps campus are creamy white stucco, with pale sage green wood trim and variegated red tile roofs. Natural stone and carved concrete ornamentation as well as stained and leaded glass windows are found in many facades. The scale is residential and no building exceeds three stories. The Scripps campus is distinct from the Claremont community and the other colleges in Claremont. Buildings are massed at the perimeter of the campus facing inward onto lawns and gardens, establishing a large open area. The back sides of the building face the public streets, forming a walled campus, lending a serenity and coherence to the campus. Connections are established between buildings and their landscapes, creating a seamless flow between indoor and outdoor spaces, taking advantage of the Mediterranean climate of southern California. The first decision made by the founding Board of Trustees in 1926 was that Scripps would be a residential college; all students would live on campus. They determined that the first building to be designed and constructed would be a residence hall. It would resemble a home and each student would have a single room, but would socialize in the communal rooms of the home — the living room, dining room, small library, and courtyards. The trustees engaged Gordon Kaufmann, a Los Angeles architect known for his residential buildings, to design a plan for the campus including the residence hall. Eleanor Joy Toll Hall was ready for students in September 1927. Each subsequent year for three years, between 1927 and 1931, an additional residence hall was completed. During that period a major academic hall and a Library were added. A walled garden and an art building were also added during the first decade. The Scripps College Architectural Drawings collection includes architectural drawings for Eleanor Joy Toll Hall (1927) and the Ella Strong Denison Library (1931). Eleanor Joy Toll Hall is a Mediterranean or Spanish Gothic style residence hall with a height that varies from one to three stories. Several landscape and architectural details were used in subsequent buildings on campus. The floor plan is irregular; three major wings with smaller connecting wings surround two large courtyards. The building is poured concrete with intricate Gothic detailing. The building is constructed on the north end of the campus with the San Gabriel Mountains as a backdrop. The residence hall bears the name of the first trustee named to the founding board, Eleanor Joy Toll (1869-1926). Mrs. Toll was a resident of Glendale and a well known leader in women's activities. A former teacher, she was involved with issues of education, social welfare, and music, helping to found the Glendale Symphony Orchestra. Widely respected, she was mentioned as a leading candidate for the U.S. Congress. Mrs. Toll never served on the Board, dying of a heart attack at the age of 58 on February 2, 1926, one day before her first scheduled visit to the campus. The other trustees decided to recognize her generous public service and name the first campus building for her. The Ella Strong Denison Library was designed by Gordon Kaufmann, and constructed in 1930. It includes an enclosed courtyard, Valencia Court. The Library is a cruciform shaped building with interior Gothic vaults and an exterior classical order. The West wall of the main floor of the Library holds a major stained glass window; smaller stained glass windows decorate the north transept. Hand carved architectural details characterize the interior of the building. The Library was named after Ella Strong Denison (1856-1941). As a young woman, Mrs. Denison studied and travelled in Europe. After her marriage to a physician, Mrs. Denison became active in civic affairs in Denver. Particularly devoted to public education, she established scholarships for less wealthy students to attend college. Mrs. Denison moved to Point Loma in San Diego in 1925, and became interested in the new college for women in Claremont. In 1929, she offered to build a Library for Scripps with the stipulation that it be in the form of an actual Renaissance chapel in Spain and that it house a beautiful stained glass window that would be dedicated to the greater learning of women. View this collection on the contributor's website.
View collection guide.

26 items found in this collection of 58 items 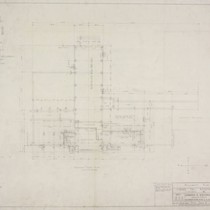 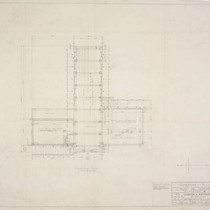 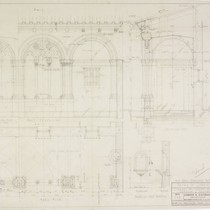 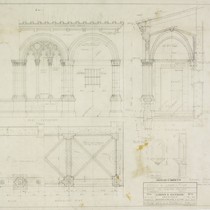 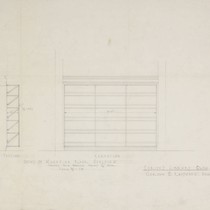 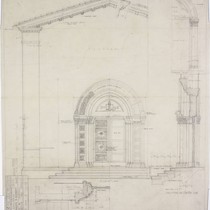 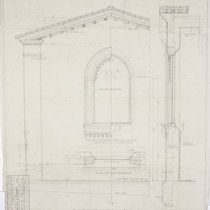 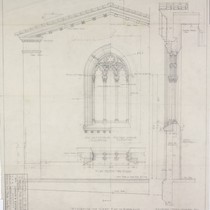 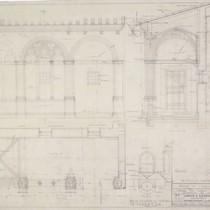 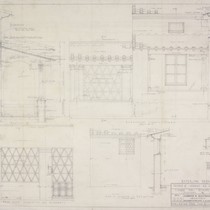 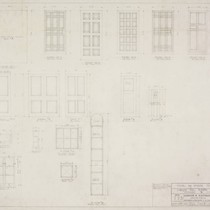 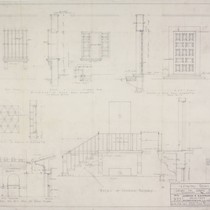 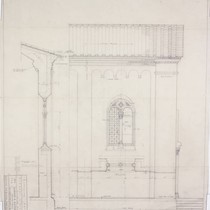 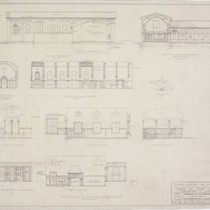 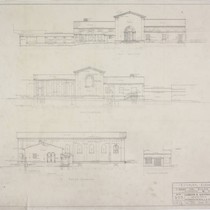 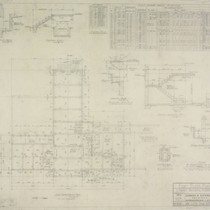 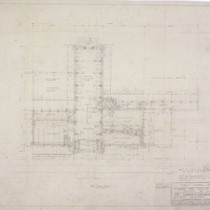 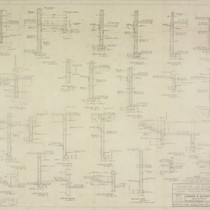 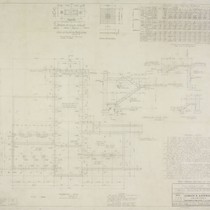 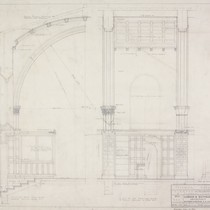 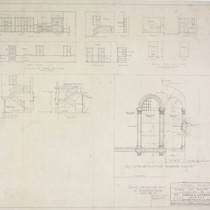 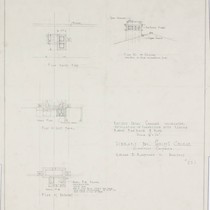 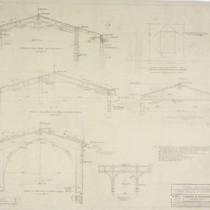 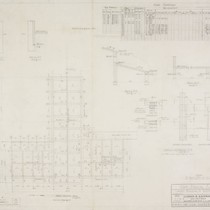