Albert Frey was born in Zurich, Switzerland on October 18, 1903. Frey received his formal architectural training at the Institute of Technology in Winterthur, Switzerland. During his education at the Institute of Technology, Frey apprenticed for two years under the architect A. J. Arter in Zurich. Graduating in 1924, Frey traveled around Europe and settled by 1925 in Brussels where he worked for Jean-Jules Eggericx and Raphael Verwilghen. Leaving Eggericx and Verwilghen in 1927, Frey moved to France where he worked as a draftsman for Le Corbusier and Pierre Jeanneret. In 1930, Frey’s visa application was approved and he relocated to New York. Shortly after arriving in New York, Frey found work with A. Lawrence Kocher with whom he worked until 1935. Kocher and Frey completed four buildings and co-authored many articles on urban planning, the modern aesthetic, and technology for Architectural Record during their partnership. By 1935, Frey had relocated to Palm Springs and began working with architect John Porter Clark. The two formed a partnership, which lasted twenty years. At the beginning of their partnership Clark and Frey operated under the name Van Pelt and Lind Architects, since neither Clark nor Frey was licensed at the time. By 1943, Clark and Frey had become licensed and were able to obtain public commissions which included schools, hospitals and a library. In 1952, Robson C. Chambers who had been an employee with the firm since 1946 was made a partner, and the firm was renamed Clark, Frey and Chambers. During his 63 years in Palm Springs, Frey’s most notable projects include: the Raymond Loewy house, the Guthrie house, the Clark & Frey Office building, the Aerial Tramway and Gas Station, Palm Springs City Hall, the Desert Hospital, the North Shore Yacht Club, Villa Hermosa, Frey House I and II. Frey continued to design buildings into the late 1980s. Albert Frey died on November 14, 1998, at the age of 95. View this collection on the contributor's website.
View collection guide.

13 items found in this collection 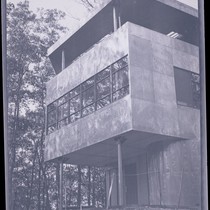 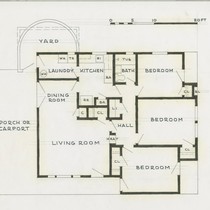 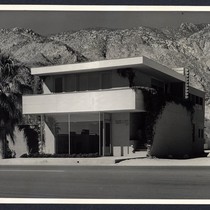 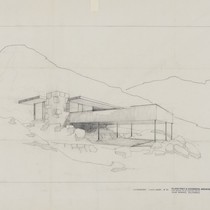 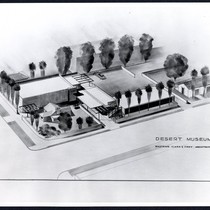 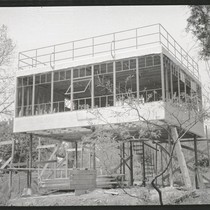 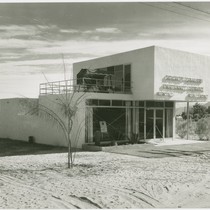 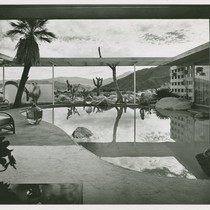 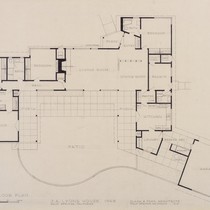 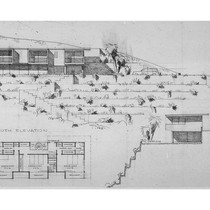 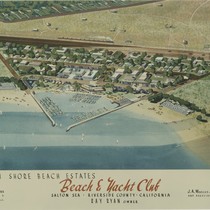 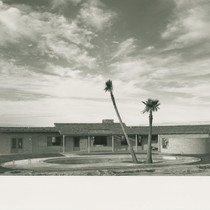 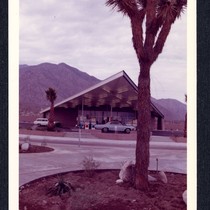