New technologies, shorter workdays, and the growth of a consumer society influenced the way people spent their free time in the early 20th century.
Read full overview|Go to first item 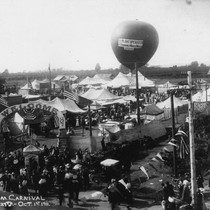 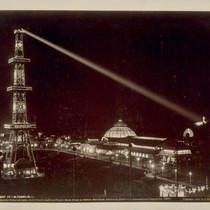 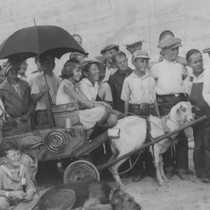 Original "Our Gang" members, silent films in the late 1920's, at the opening of the Broadway Theatre on 400 block North Broadway 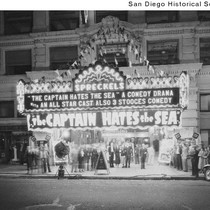 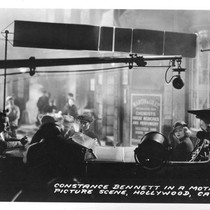 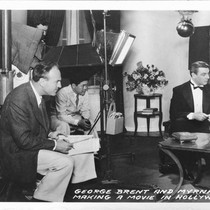 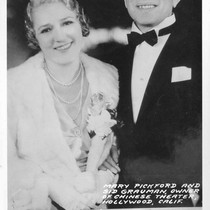 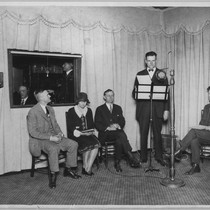 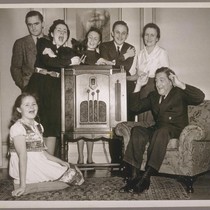 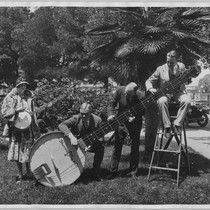 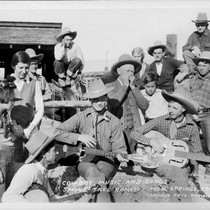 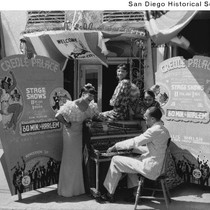 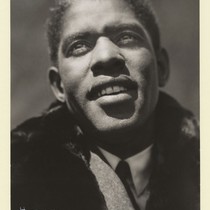 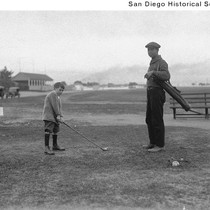 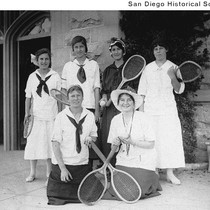 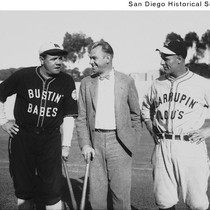 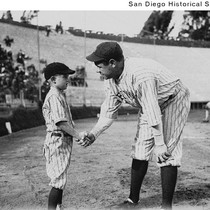 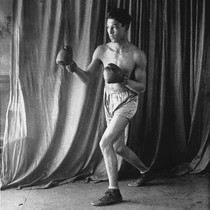 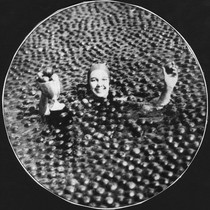 Miss Jessie Darnley swims way to title of Miss Anaheim in pool filled with 3 tons of Oranges on April 23, 1929. [graphic] 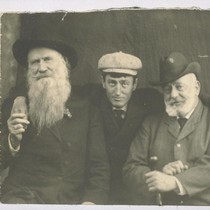 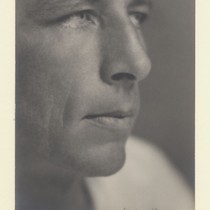 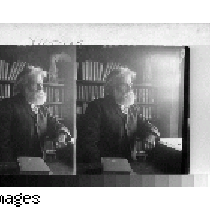 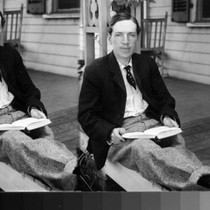 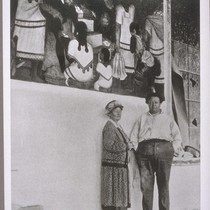 Many forms of entertainment and leisure activities people participated in during the early decades of the 20th century are not that different from those we enjoy today. At the turn of the century people found entertainment at carnivals and festivals and exhibitions. Photographs here include the California Midwinter International Exposition in San Francisco in 1894, and the Anaheim Carnival of 1911.

Sports were also a popular pastime. Photographs show people participating in tennis and golf, but spectator sports were also popular. In 1929, Miss Jessie Darnley apparently swam her way to the title of Miss Anaheim in a pool filled with three tons of oranges. A number of players became celebrities, as witnessed by publicity stills of baseball greats Babe Ruth, Lou Gehrig, and Carl Klindt.

Electricity and improved communications meant that entertainment was no longer confined to live theater. People turned to the radio for both information and entertainment. One photograph shows the family of a Democratic nominee for US Senator, Sheridan Downey, gathered around the radio listening to election results. Another depicts a live radio broadcast.

During this era the film industry boomed in Hollywood, generating popular images and mythologies surrounding the movies and movie stars. Photographs in this group include some on-set shots of actors, directors, and movie-making equipment. The owner of the famous Chinese Theater in Hollywood, Sid Grauman, is pictured with film star Mary Pickford. Other images include silent film stars, the original "Our Gang" cast at the opening of the Broadway Theater, and a shot of the Spreckels Theater on the night of a Three Stooges film premiere in 1934.

As had been true for centuries, people enjoyed music, literature, and the arts. Images here include jazz musicians performing and a studio portrait of Roland Hayes, considered one of the greatest tenors in the 1920s. Popular literary figures pictured include author Upton Sinclair, whose 1906 book The Jungle helped raise popular awareness about food processing and contributed in large part to the passage of the Meat Inspection Act and the Pure Food and Drug Act in 1906. Photographs of poets and writers who wrote about or resided in California include Joaquin Miller, George Sterling, Charles Warren Stoddard, Robinson Jeffers, Edwin Markham, and Mary Austin (standing in front of a mural with Mexican artist Diego Rivera).

"Popular Culture in Early 20th Century California" was curated and written by the University of California in 2005.