These images show the devastation that drove the Dust Bowl refugees to leave their homes and migrate to California.
Read full overview|Go to first item 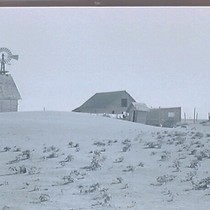 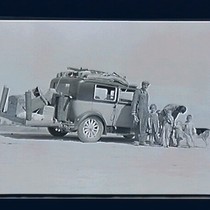 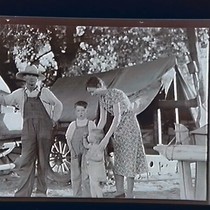 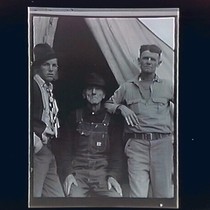 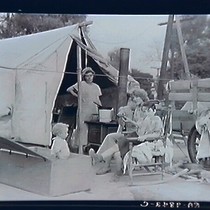 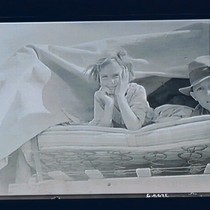 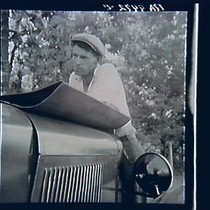 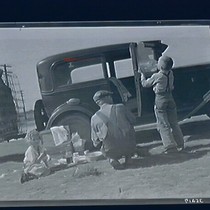 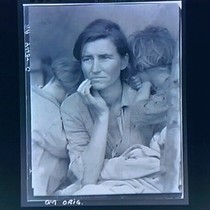 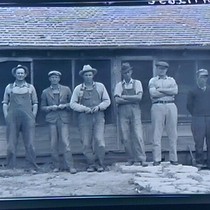 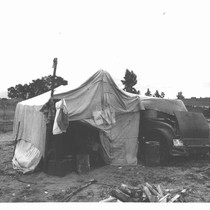 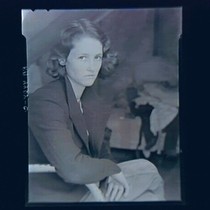 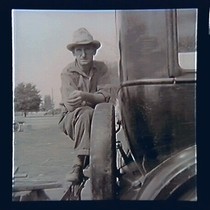 These images show the devastation that drove the Dust Bowl refugees to leave their homes and migrate to California. They also depict the lives of these families on the road west.

In 1931, a severe drought hit the Southern and Midwestern plains. As crops died and winds picked up, dust storms began. As the "Dust Bowl" photograph shows, crops literally blew away in "black blizzards" as years of poor farming practices and over-cultivation combined with the lack of rain. By 1934, 75% of the United States was severely affected by this terrible drought.

The one-two punch of economic depression and bad weather put many farmers out of business. In the early 1930s, thousands of Dust Bowl refugees — mainly from Oklahoma, Texas, Colorado, Kansas, and New Mexico — packed up their families and migrated west, hoping to find work. Entire families migrated together (such as the men shown in "Three generations of Texans now Drought Refugees") in search of a better life. Images such as "Midcontinent — Family Standing on the Road with Car," "Drought Refugees," and "Untitled, ca. 1935 (Worn-Down Family in Front of Tent)" offer a glimpse into their experience on the road, and show that cars provided many families both transportation and shelter on the road.

About 200,000 of the migrants headed for California. The state needed to figure out how to absorb the thousands of destitute people crossing its borders daily. One of their tactics was to document the plight of the refugees. In 1935, photographer Dorothea Lange joined the Rural Rehabilitation Division of the California State Emergency Relief Administration (SERA), a section of the Federal Emergency Relief Administration. She was assigned the job of using her camera to document the growing number of homeless Dust Bowl refugees migrating to California. She worked with Paul S. Taylor, a professor at the University of California, Berkeley, who was researching conditions of rural poverty in order to make recommendations on how to improve the workers' conditions.

The work by Taylor and Lange played an important role in helping to raise public awareness of the crisis. The reports they made for the government included both data and striking images that revealed the desperate conditions in which the migrants lived and confirmed the need for government intervention. Stark images such as "Home of Oklahoma Drought Refugees" resonated with the public, and portraits of drought refugees like "Ruby from Arkansas" and others shown in this topic humanized the migrants for more fortunate citizens. In March 1936, Lange took what became one of her most famous images, "Migrant Mother." This image of a 32-year-old woman became an icon for the suffering of ordinary people during Great Depression.

Who was Dorothea Lange?

Dorothea Lange (1895-1965), a great American photographer, is perhaps best known for her photographs of Dust Bowl migrants during the Great Depression.

"Dust Bowl Migration" was curated and written by the University of California in 2005.