Help and a New Deal

These images show how the US government responded to the widespread unemployment of the Great Depression. They also illustrate the unique solutions people created outside of government-funded programs.
Read full overview|Go to first item 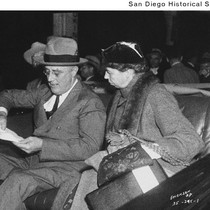 Franklin D. and Eleanor Roosevelt sitting in a car and looking at a piece of paper in Balboa Stadium 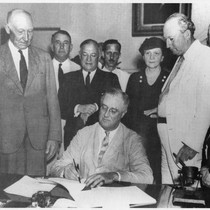 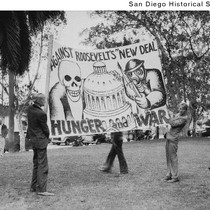 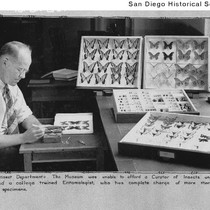 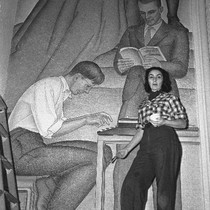 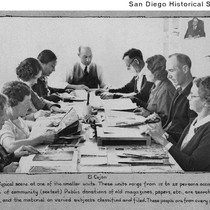 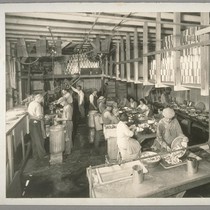 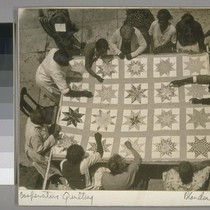 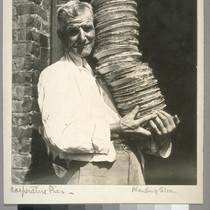 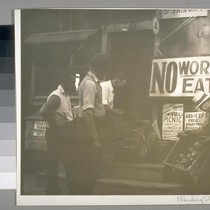 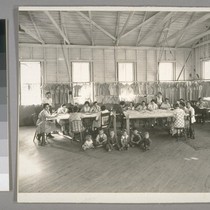 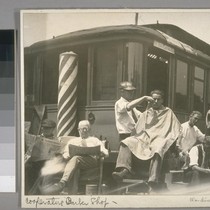 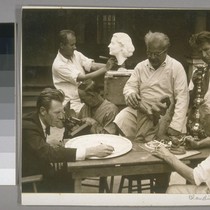 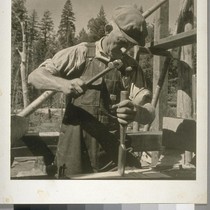 An unemployed cooperator at work on the saw mill 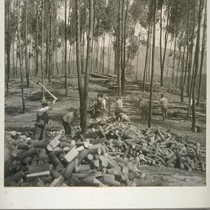 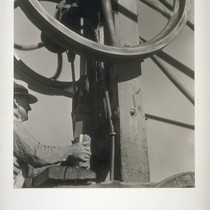 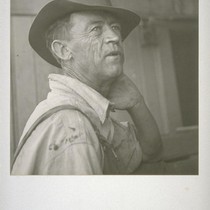 Portrait of a cooperator
View all

These images show how the US government responded to the widespread unemployment of the Great Depression. They also illustrate the unique solutions people created outside of government-funded programs.

President Franklin Delano Roosevelt (photographed in 1935 with his wife, Eleanor) created the New Deal as a solution for bringing the United States out of the Great Depression. The New Deal created a new role for the federal government, one that involved infusing money into the economy largely through the creation of new jobs and social programs. One photograph shows Roosevelt signing the Social Security Act of 1935, which was designed to keep citizens from becoming destitute.

The New Deal also created the Works Progress Administration (WPA), which funded artists to create public art projects and others to complete a wide variety of work projects, such as the construction of roads, trails, theaters, and public buildings. Several images show the wide variety of work that the WPA helped fund: an artist painting a mural, a man tending a butterfly collection in the Natural History Museum, and people clipping articles.

Not everyone supported the government's new, expanded role. The image of men holding a banner that reads "Against Roosevelt's New Deal" was taken at a Communist demonstration in San Diego in 1933.

Still others created their own solution to the Depression's hard times by forming cooperative organizations. The aim of the co-op movement was for people to work together and share the proceeds of their labors. In the early years of the Depression in California, many sorts of self-help cooperatives were formed by individuals (often called "cooperators"). The images in this group show cooperative pie-making, sewing and quilting ventures, and a cooperative barber shop, art studio, construction enterprises, and cannery.

"The Great Depression: Help and a New Deal" was curated and written by the University of California in 2005.