San Francisco’s 1934 General Strike marked the first time a major US port city was completely shut down by a strike--a pivotal episode in the rise of organized labor in the United States.
Read full overview|Go to first item 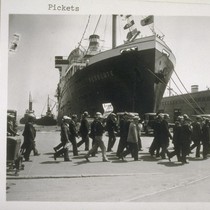 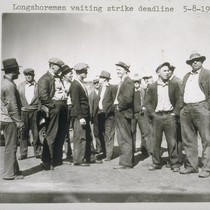 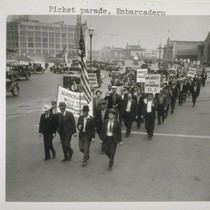 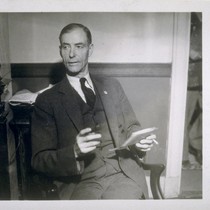 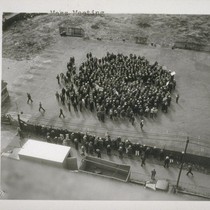 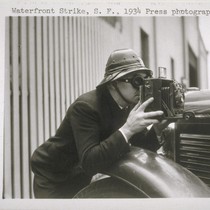 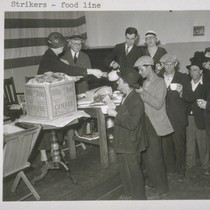 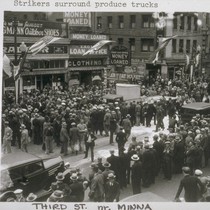 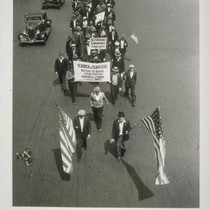 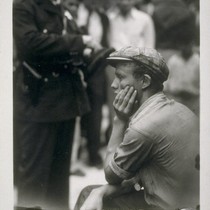 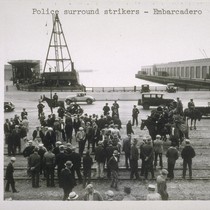 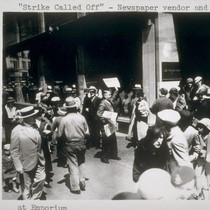 "Strike Called Off" - newspaper vendor and crowd at Emporium 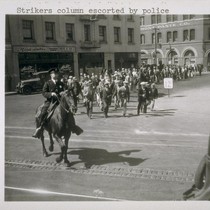 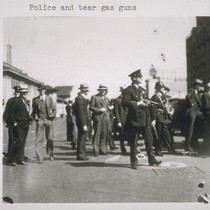 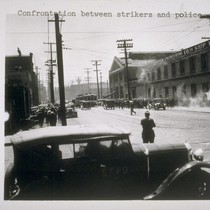 Confrontation between strikers and police 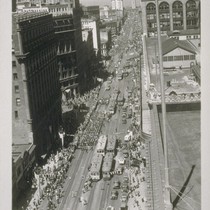 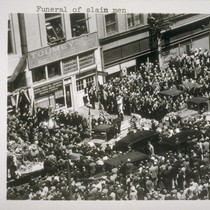 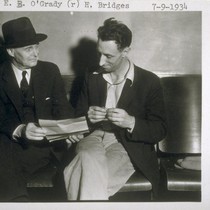 The images in this group capture moments from a pivotal episode in the rise of organized labor in the United States: San Francisco’s 1934 General Strike marked the first time a major US port city was completely shut down by a strike. Photographs show picketers, as well as some of the violence that occurred when strikers clashed with police.

Many people who were employed during the Great Depression grew increasingly dissatisfied with working conditions, and took action by forming labor unions. Although the General Strike of San Francisco took place from July 16 to 19, 1934, it had been brewing for months. In March, Harry Bridges (shown in two photographs) led his International Longshoremen’s Association (ILA, which represented the dockworkers), in a vote to strike for control of hiring halls, better pay, and better hours. The ILA strike officially began on May 9, 1934. A photograph from May 8 shows longshoremen waiting for the strike deadline, and an image from May 10 shows Bridges leading picketers down San Francisco’s Embarcadero. Other images show strikers in line for food, and a young man trying to decide whether or not to picket.

On July 5, when employers tried to open the docks and unload ships, strikers clashed with 1,000 armed police officers. Photographs show police confronting the strikers with what appears to be gunsmoke on one side, and police with tear gas guns. When it was over, 64 were injured and two men were killed on what became known as "Bloody Thursday." The deaths of the men and the huge, public funeral for them (shown in two photographs), helped Bridges rally the support of other unions in the city to join the strike. This General Strike effectively shut down the city of San Francisco for four days. The strike was a success: many of the ILA’s demands were met. A photograph taken in front of the Emporium department store shows a newspaper vendor selling the issue announcing the end of the strike.

The following year, 1935, the Wagner Act created the National Labor Relations Board that protects the rights of workers to organize into unions. The General Strike brought economic and political power for labor unions that would last for decades.

A note about the photographs

All of the photos in this topic were taken by staff photographers for the San Francisco News-Call Bulletin, a San Francisco newspaper owned by William Randolph Hearst. They offer a close-up look at the people and events surrounding the strike.

"San Francisco General Strike" was curated and written by the University of California in 2005.