California's booming population during the 1930s strained the existing infrastructure. These images depict the government-funded bridges, dams, and power plants that were built to support the state's growth.
Read full overview|Go to first item 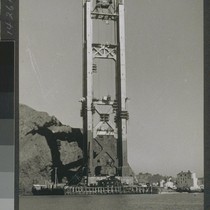 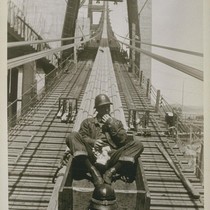 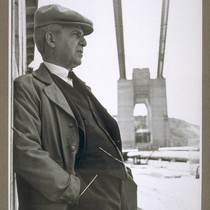 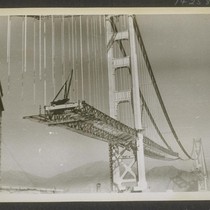 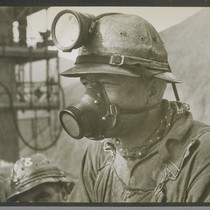 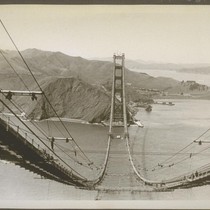 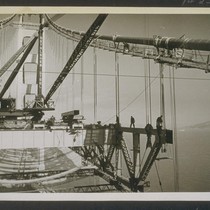 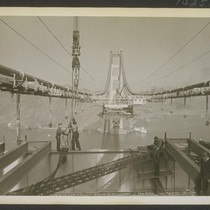 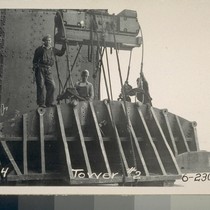 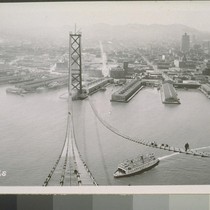 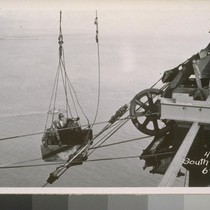 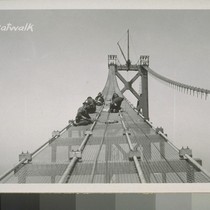 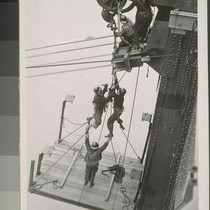 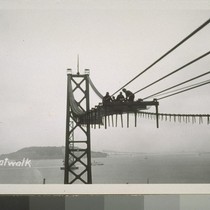 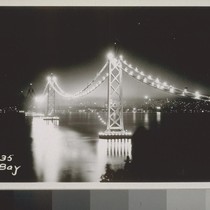 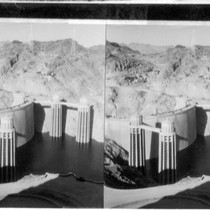 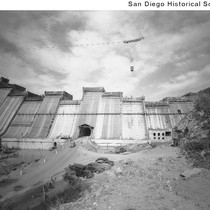 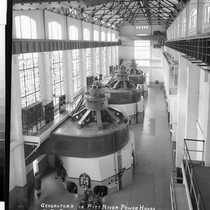 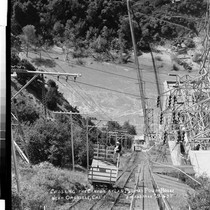 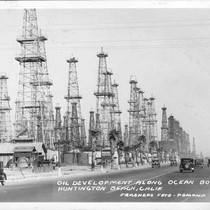 California's booming population during the 1930s strained the existing infrastructure. These images depict the government-funded bridges, dams, and power plants that were built to support the state's growth.

The large development projects of the 1930s, designed to serve a growing population, helped shape California in many ways. Most are still integral today. Photographs show the progress of two massive Northern California projects: the Golden Gate Bridge, which links San Francisco and Marin County, and the Bay Bridge, which connects San Francisco with Oakland and the East Bay.

The Golden Gate Bridge is one of the most recognized bridges in the world. It is unique not only because of its vermilion orange color: this steel suspension bridge, with a 4,200-foot-long central span and two towers that are 746 feet tall, is the largest ever built. The photographs in this group, taken between 1933 and 1934, show the various phases of construction from different perspectives, looking down, up, and across the span as it was being built. Some photos also show the workers who helped build this famous structure.

The Bay Bridge construction began in 1933, and the span opened to vehicles in 1936. At 8.25 miles, it is the world’s longest steel bridge. The bridge consists of twin suspension bridges. Many of the photos show workers on catwalks with cables and pulleys, building the bridge.

Growing cities also created greater demands for resources, including electrical power. The building of powerhouses like the Pitt River Power House and the Las Plumas Power House near Oroville, shown here, helped to meet this need.

A few of these images were taken by Jervie Henry Eastman, who established Eastman's Studio in 1921. His photographs were often turned into picture postcards, such as the one of the oil rigs along Ocean Boulevard in Huntington Beach, in 1935.

"Building Bridges, Dams, and Power Plants" was curated and written by the University of California in 2005.