Women in the Workforce

With so many American men involved in the war abroad, there was an extreme shortage of workers at home. For the first time, women entered the workforce in large numbers, learning to do industrial jobs that previously had been done by men.
Read full overview|Go to first item 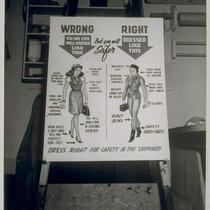 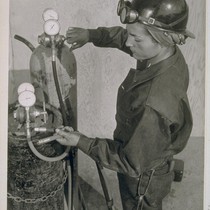 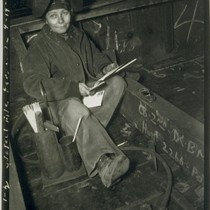 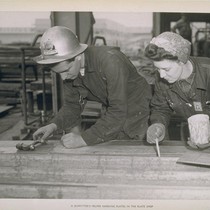 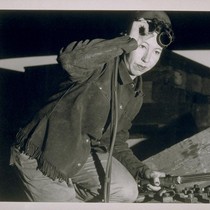 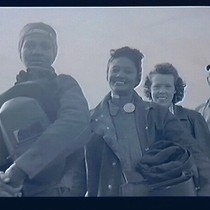 Women line up for paychecks-Richmond Shipyards 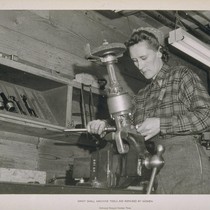 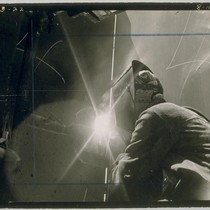 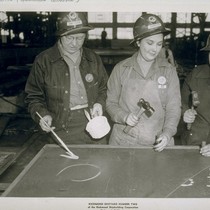 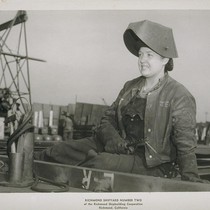 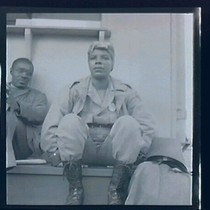 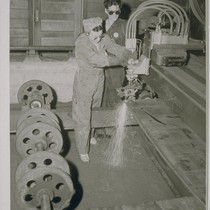 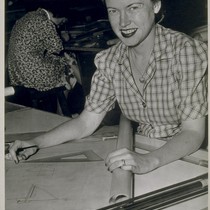 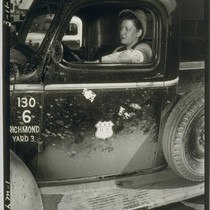 These images show women at work during World War II, when the shortage of male workers opened new jobs to women. Photographs depict women working in factories and engaged in hard physical labor.

With so many American men involved in the war abroad, there was an extreme shortage of workers at home. For the first time, women entered the workforce in large numbers, learning to do industrial jobs that previously had been done by men. The shipyard "dress code" poster for women reflects the newness of their transition into blue collar work.

In the early 1940s, when the photographs in this topic were taken, women working in heavy industry were a novelty and women building warships was groundbreaking. As these images show, women were engaged in work that was highly skilled, sometimes dangerous, and often involved heavy physical labor.

Women played a significant role in military production. Images here depict them working in shipyards welding, drafting, repairing tools, using heavy machinery, driving trucks. Women welders became known as "Rosie," and "Rosie the Riveter" became a nickname for female workers. Women working at the California shipyards were also called "Wendy the Welder." Toward the end of the war, women made up nearly one-third of the workforce of 90,000 at the Richmond Shipyards.

A few of these photographs were taken by photographer Dorothea Lange. In these images you can see the various jobs that women performed at the Richmond Shipyards, as well as the dedication and hard work they contributed to the war effort. You may also notice that there are women of color in some of the photographs, reflecting the migration of African Americans from the South into California that was occurring at the time.

"Women in the Workforce during World War II" was curated and written by the University of California in 2005.