The 442nd Regimental Combat Team was a special fighting force made up solely of Japanese Americans—some of whom were recruited directly from internment camps.
Read full overview|Go to first item 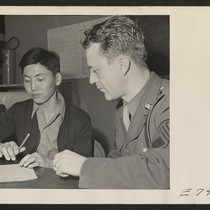 A serious moment for this 21-year-old Japanese-American, for he has just signed voluntary enlistment papers which puts him into a 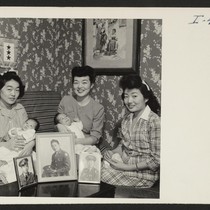 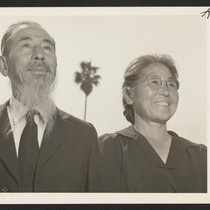 Five sons in the Army! Ten children in all. This is the proud record of Mr. and Mrs. Takejiro Kodama 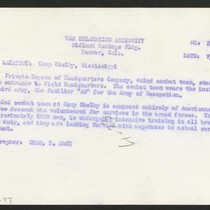 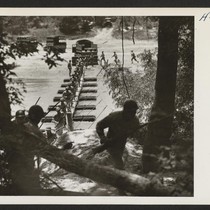 Building a Pontoon Bridge. The bridge completed, a company of infantry rush with fixed bayonets to the opposite shore and 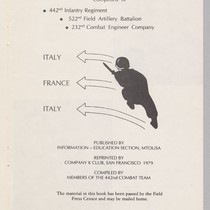 The story of the 442nd combat team - title page 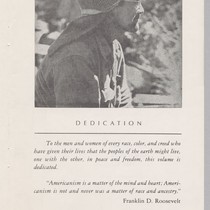 The story of the 442nd combat team - dedication 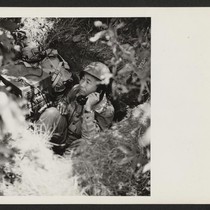 A telephone switch board and operator is here shown deeply dug in during maneuvers of the 552nd field artillery. The 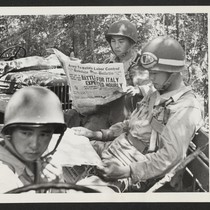 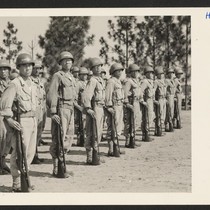 Eyes Right. A company of infantry stand at attention during training on the Camp Shelby drill field. The 442nd combat 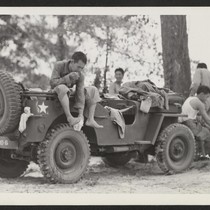 Hot Mississippi. Members of the 442nd combat team drape themselves on a jeep to dress after a cool swim in 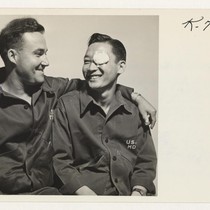 Buddies in the long and bloody campaign to drive the Germans from Italy, Private Russell Buss, Los Angeles boy and 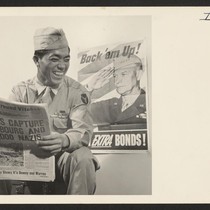 Pfc. Thomas Higa, 27-year-old Japanese American war veteran and smallest member of the 100th Battalion, who is in Denver to 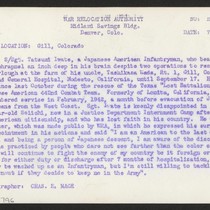 S/Sgt. Tatsumi Iwate, a Japanese American Infantryman, who bears a piece of Nazi shrapnel an inch deep in his brain 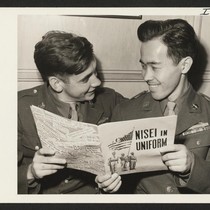 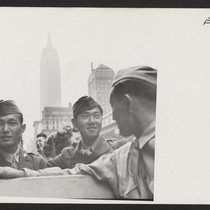 On Army leave, these three young soldiers from Camp Shelby, Mississippi, are visiting relatives and friends who have relocated in 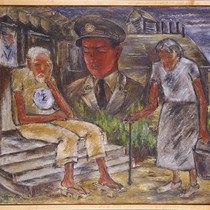 Old Parents Thinking about Their Son on the Battlefield 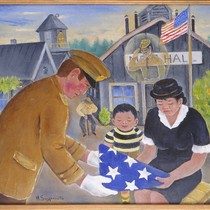 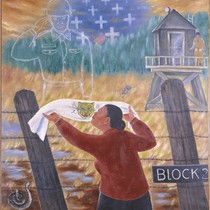 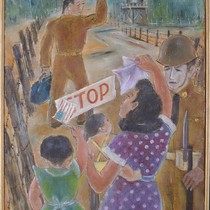 Send Off Husband at Jerome Camp 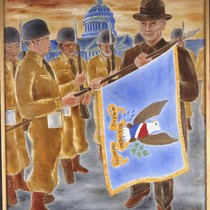 Documentary-Nisei Soldiers Returning the Flag of 442nd to the President 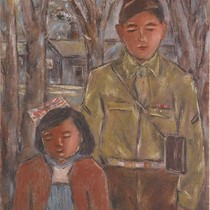 Uncle Ralph and Sumile in Camp Jerome
View all

Several special fighting forces from the United States, made up of single ethnic groups, made significant contributions during World War II, including the African American Tuskegee Airmen and the Navajo Code Talkers. The 442nd Regimental Combat Team was made up solely of Japanese Americans, some of whom were recruited directly from internment camps. (Some Japanese American men who would later become leaders, such as Senator Daniel Inouye, were members of the 442nd.) The images in this group provide a look at the lives and sacrifices of the men of the 442nd, the most highly decorated American unit in WWII.

The photographs in this group were all taken for the government-run War Relocation Authority (WRA) and are meant to portray the proud patriotism of the men and their families. One photo shows three women holding their babies, with photographs of their enlisted husbands. Another is a portrait of an older couple who had five sons in the 442nd. Other photographs reflect the training the soldiers of the 442nd received, their life in the battlefield, and their triumphant homecoming.

Other documents in this group show a more personal side of the men of the 442nd. One soldier's photo album depicts his personal experiences as a member of the combat team. A 50-page booklet, The Story of the 442nd Combat Team, compiled by members of the team, has this quote from Franklin D. Roosevelt on the dedication page: "Americanism is a matter of the mind and heart; Americanism is not and never was a matter of race and ancestry."

On a more poignant note, oil paintings by Japanese American artist Henry Sugimoto reflect the emotions, pain, and suffering these individuals and their families experienced as a result of the war. In Senninbari (Thousand Stiches), a woman holds a scarf of remembrance as a ghostly Nisei soldier looks down from the sky. And in Send Off Husband at Jerome Camp, an internee family stays behind the camp gates as their soldier father/husband goes off to fight for the United States.

"The 442nd Regimental Combat Team" was curated and written by the University of California in 2005.