California and the Postwar Suburban Home 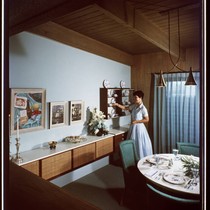 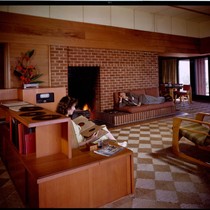 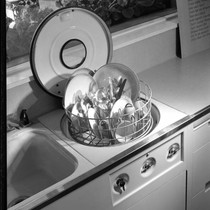 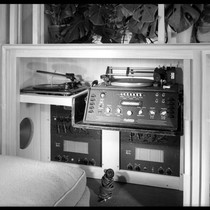 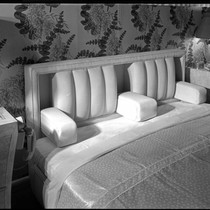 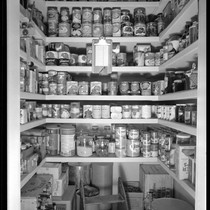 May, Cliff, residence [Cliff May #3]. Food and Storage 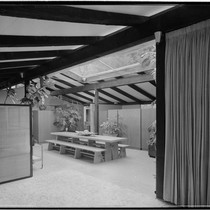 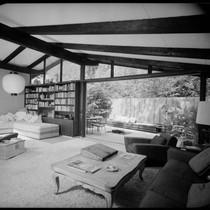 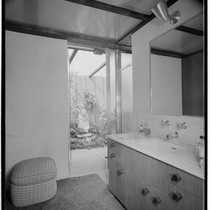 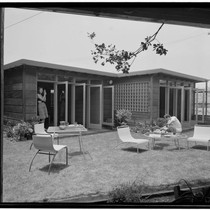 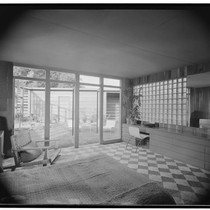 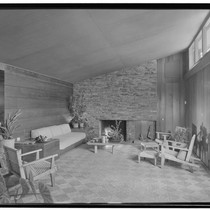 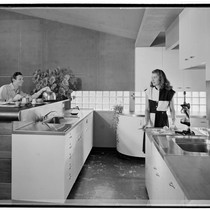 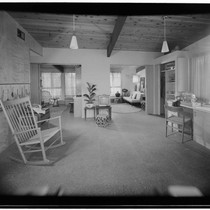 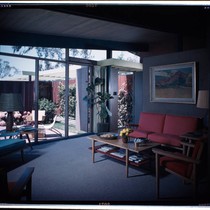 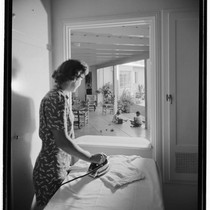 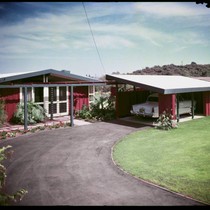 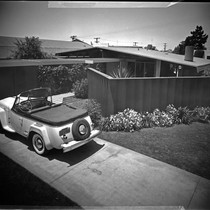 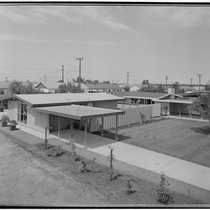 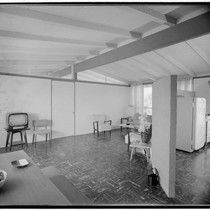 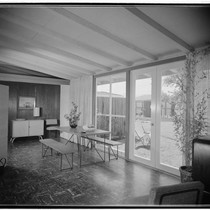 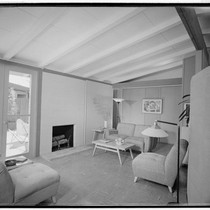 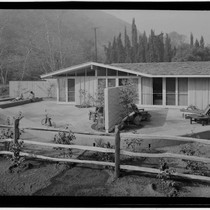 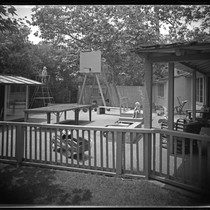 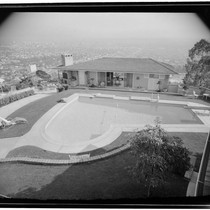 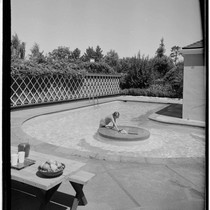 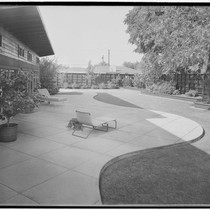 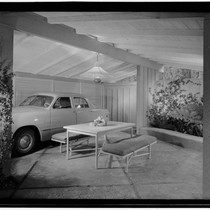 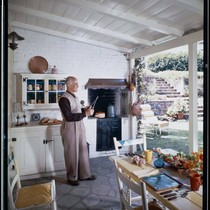 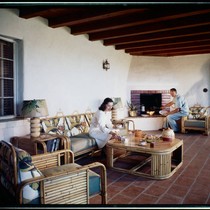 These images by Los Angeles–based photographer Maynard L. Parker show suburban homes in California in the two decades following World War II. Many appeared in popular house and design magazines of the era. They offered middle–class consumers a new way of living that emphasized a relaxed, low–maintenance, private, indoor–outdoor experience.

At the end of World War II, many Americans began to move out of the cities and into the suburbs. In response to chronic housing shortages, the federal government offered generous home loans to war veterans, and tax benefits for home ownership. Aggressive building of highway systems and the parallel rise in automobile ownership contributed to the development of communities well beyond urban centers. These and other incentives effectively jump-started the modern era of the single-family suburban home and the suburban revolution.

As these images illustrate, California was no exception. Between 1950 and 1970, the nation's suburban population doubled (from 36 million to 74 million residents), with 83 percent of the nation's growth in the suburbs. California's abundant land, cheap labor, and mild climate put it in the vanguard of the new housing movement.

Home and garden magazines such as House Beautiful, Sunset, and House and Garden capitalized on housing trends and provided a blueprint for modern living. Elizabeth Gordon, the powerful and opinionated editor of House Beautiful from 1941 through 1964, urged readers to study the homes seen in her pages for keys to "better living." "Above all," she wrote, "try to visualize the social values that such a house represents."

The photographs here show spacious, light-filled rooms, housewives cooking and husbands barbecuing, a car in the garage, a back yard with a lawn – and, in some cases, even a swimming pool. These images demonstrate values such as privacy, efficiency, the embrace of new technologies and materials, an informal style of living, and an easy proximity to the outdoors. The postwar suburban residence was portrayed as a refuge from the cares and stresses of the city. It was to be a self-contained world with all the comforts and amenities one could desire and afford.

In 1946, developer Fritz Burns and the architecture firm of Wurdeman & Becket designed and built a single-family residence in Los Angeles called "The First Postwar House." This model home served as an experimental showcase to display all the desirable hallmarks of suburban living. A one–story U-shaped building facing away from the street, the home had large windows and doors of glass that opened onto several outdoor patios. Labor-saving devices such as dishwashers and freezers, electronic gadgets such as intercoms, and stereo and radio equipment were found throughout the house. Ample closet space and hidden storage compensated for the home's lack of a basement or attic.

Other designers and builders embraced similar ideas, such as an open floor plan. Cliff May popularized the one-story ranch house. May and others experimented with moveable walls and built-in furnishings for optimal flexibility. Movement between rooms was fluid, and access to the outdoors easy and expected – even from a bedroom or a bathroom. The informal plan and indoor–outdoor design also enabled homemakers to keep a watchful eye on children while conducting chores. Durable materials like plywood, polished concrete, glass blocks, linoleum, and plastics kept costs down and maintenance low.

In the past, garages and cars were tucked behind homes away from the street, while people sat out front greeting neighbors. The new suburban house changed that. Several photographs show carports and driveways positioned in front, screening the home from the street and passers-by. A family's domestic life was now conducted out of sight. One article written in 1950, titled "Good Living is NOT Public Living," claimed "if your neighbors can observe what you are serving on your terrace, your home is not really your castle."

The backyard became a family's private oasis, hidden by fences and hedges and often boasting play spaces for children, swimming pools and barbeque pits, features formerly associated with public parks and community centers. Concrete was used liberally, freeing the suburban homeowner from tedious gardening chores such as mowing. In suburban developments where real estate was at a premium, these spaces often served as extra rooms, particularly in temperate climates. Many commercial photographs of this era show families happily lounging in these settings, seemingly enjoying life to the fullest.

"California and the Postwar Suburban Home" was curated and written by Jennifer A. Watts, Curator of Photography and Visual Culture at the Huntington Library Photo Archives, in collaboration with staff at the University of California in 2009.