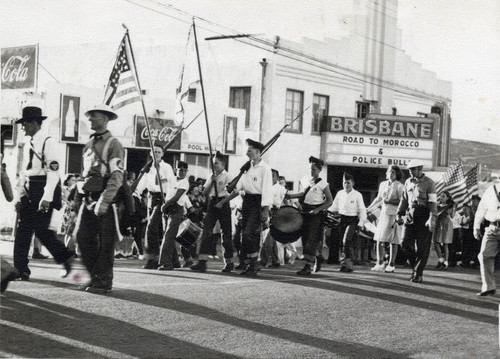 go to item page
7 of 18 in exhibition

When the United States entered World War II in 1942, the nation geared up to support the war effort. Even though the battles were fought far away, the daily lives of those left on the “home front” were inevitably affected.
Read full overview|Go to first item 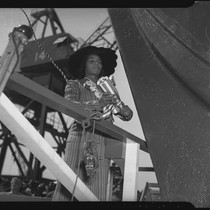 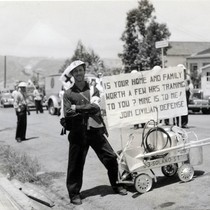 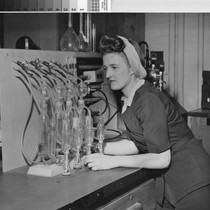 [Photograph of a female factory worker] 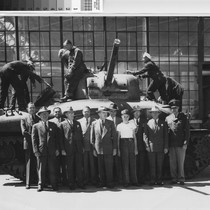 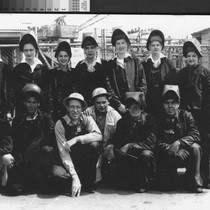 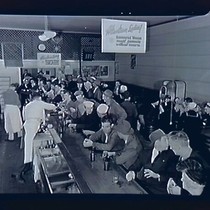 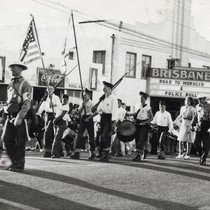 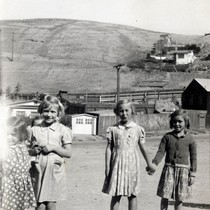 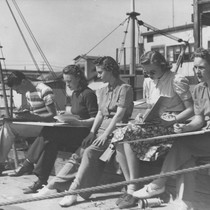 Group of students sketching in 1940 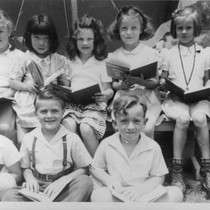 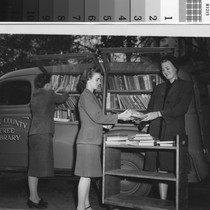 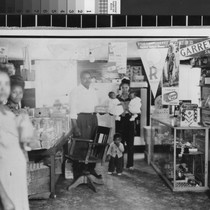 [Photograph of the Bell Grocery Store} 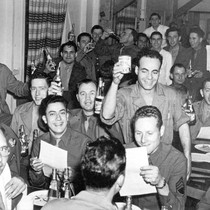 Beer Party at the Santa Ana Army Air Base 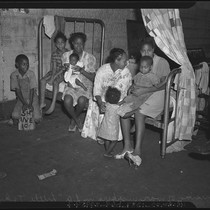 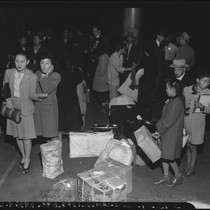 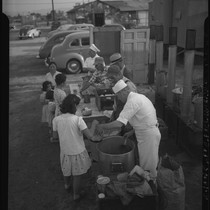 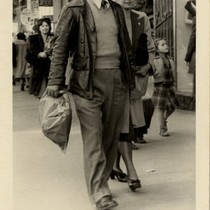 Al and Mary Tsukamoto walking in downtown Sacramento
View all

The images in this topic provide a look at the everyday lives of Californians just before, during, and shortly after the years that the United States entered World War II. Although many men and women joined the military, many stayed home. These photographs show men, women, and children at work—many in war-related industries—at play, and at home. They also provide a glimpse into the lives of Japanese Americans, who were forced off their property and housed in internment camps for the duration of the war.

When the United States entered World War II in 1942, the nation geared up to support the war effort. Even though the battles were fought far away, the daily lives of those left on the “home front” were inevitably affected.

“Liberty ships” like the Booker T. Washington— the first major oceangoing vessel to be named after an African American, shown here being christened by opera singer Marian Anderson—were built and put into service.

Industry responded to the military’s needs. The Ford assembly plant in Richmond literally changed gears to build Sherman Tanks, like the one pictured here. The Richmond Shipyards built more ships during the war than any other facility. The photograph of workers here shows a crew made up equally of men and women. With so many men fighting abroad, women—often called “Rosie the Riveters”—joined the job market. Another photograph shows a woman conducting chemical tests at Standard Oil’s Richmond Refinery.

Men and women at home worked to “fight the war on the home front.” Many, like the man holding the sign in San Mateo’s Fourth of July parade, joined Civilian Defense patrols. A special Civil Defense unit called “Blair’s Rangers,” pictured here, was formed in Brisbane to honor a local man killed in the war.

The threat of war did not prevent young people from enjoying activities such as swimming, like these San Jose high school girls, or doing artwork, like the students shown here. The Kern County Library had a free library bookmobile that visited schools without their own school libraries. For some, providing services to others was still part of daily life. The Bell Family is shown inside the Bell Grocery store on Silver Avenue, and a lively group of men and women—civilians and people in the military—is shown in Dorothea Lange’s photograph of a Richmond bar. At the Santa Ana Army Air Base, soldiers relax at a beer party.

The war had an impact on some citizens’ housing. Most directly affected were Japanese Americans who, despite being American citizens, were removed from their property and forced to live in government run internment camps jarda scattered across the United States. U.S. government and news photographs, like the one depicting “jitterbugging evacuees,” tended to depict these families enjoying “normal” activities, despite their incarceration in guarded camps. Their old homes found new occupants, like the African American family living in the Los Angeles neighborhood dubbed “Bronzeville,” which had been called “Little Tokyo” before the war.

After the war, photographs show Japanese Americans settling into temporary housing in the Winona trailer camp in Burbank, California. One couple is depicted back home in Sacramento, shopping and picking up the pieces of their prewar lives.

"Everyday Life during World War II" was curated and written by the University of California in 2009.