After World War II, African Americans began to mobilize against discrimination. They demanded an end to segregation and fought for equality in education, housing, and employment opportunities.
Read full overview|Go to first item 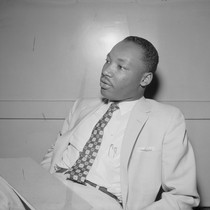 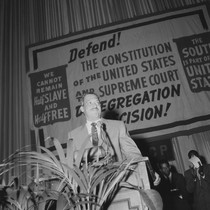 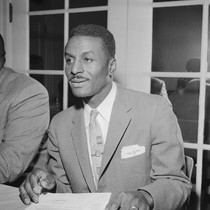 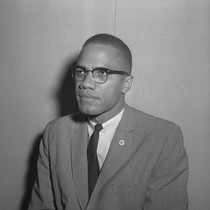 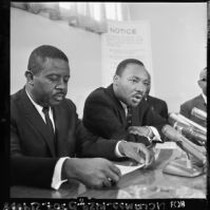 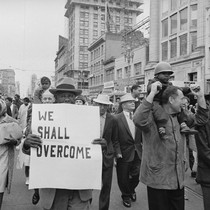 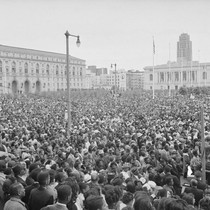 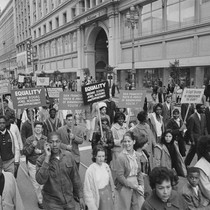 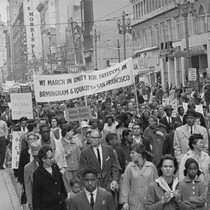 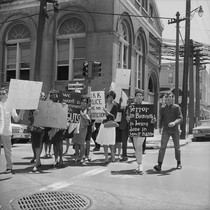 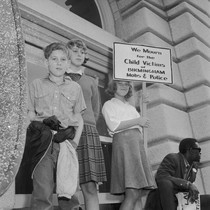 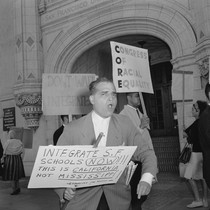 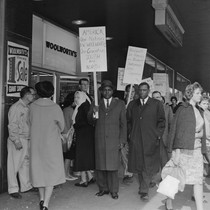 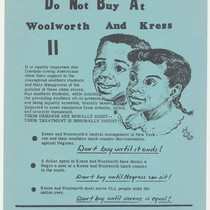 Do Not Buy At Woolworth and Kress 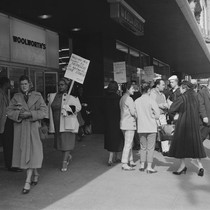 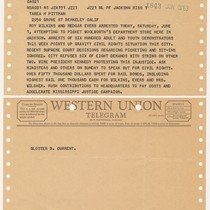 [telegram to Tarea H Pittman from Gloster B. Current] 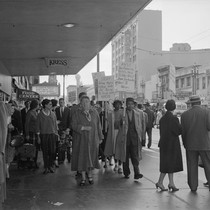 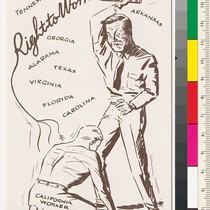 Keep Mississippi Out of California 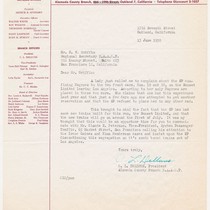 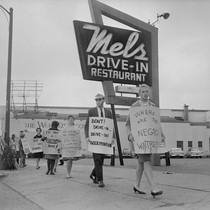 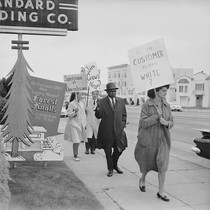 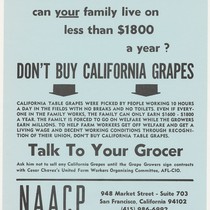 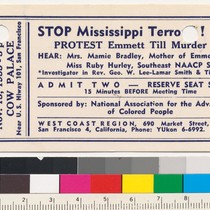 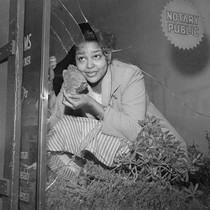 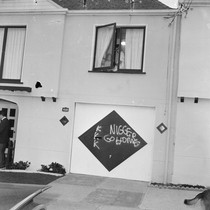 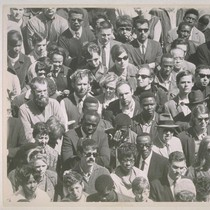 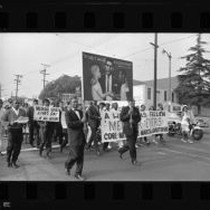 These images show the Civil Rights movement through the lens of California news photographers. Photographs of leaders, supporters, and dissenters show that people far from the South were involved in this struggle.

In 1948, President Harry Truman took an early step towards civil rights reform by issuing Executive Order 9981, which eliminated racial segregation in the military. After World War II, African Americans — then often called Negroes or "coloreds," began to mobilize against discrimination. They demanded an end to segregation and fought for equality in education, housing, and employment opportunities. The images in this topic show that by the 1960s, their struggle — which began in the segregated South — had reached California.

As a number of photographs in this topic show, many Californians showed their support for Civil Rights activists and victims of racial discrimination in the South by holding marches, rallies, and demonstrations urging equality for African Americans. In one image three white children in San Francisco hold a sign in support of the four young black girls killed in the 1963 bombing of the 16th Street Baptist Church in Birmingham, Alabama.

Photographs also show people in San Francisco boycotting Kress and Woolworth's department stores, sites of racial discrimination in the South. Documents shown here include a flyer urging the boycott of the stores; and a Western Union telegram sent in 1963, stating that Civil Rights activists Roy Wilkins and Medgar Evers were arrested attempting to picket Woolworth's in Jackson, Mississippi.

Two photographs of memorials for slain civil rights leaders — a march in honor Medgar Evers in 1963, in Los Angeles, and a memorial in the San Francisco Bay Area for Martin Luther King, Jr., in 1968 — show racially mixed crowds in attendance. But not all Californians sympathized with the Civil Rights movement. Images of racial hatred and prejudice are reflected in the photograph of an African American woman holding a rock that had been thrown through an office window, and Klu Klux Klan graffiti spray-painted on a home.

Various groups formed to fight in the struggle for equal rights. The National Association for the Advancement of Colored People (NAACP), formed in 1909, entered a new phase during this period, leading in the organized struggle for civil rights. An example of how the NAACP communicated about events is reflected in a letter from the Alameda County branch of the NAACP on June 13, 1950, which reported segregation on the Southern Pacific Railroad trains leaving Los Angeles. A flyer promoting the boycott of California grapes exemplifies NAACP support for other rights movements, in this case the United Farm Workers. Other flyers urged Californians to fight sharecropper wages and "Keep Mississippi Out of California." Groups such as the Congress of Racial Equality (CORE) and student groups also protested segregation and incidents of racial discrimination in the South.

"The Civil Rights Movement" was curated and written by the University of California in 2005.