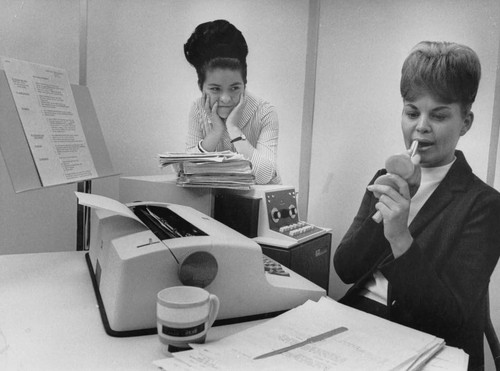 Everyday Life from Postwar to Protest

From birthday parties and family meals to homecoming rallies and political protests, these photographs reflect how life looked during the 1950s, 60s, and 70s.
Read full overview|Go to first item 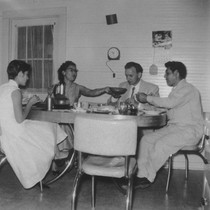 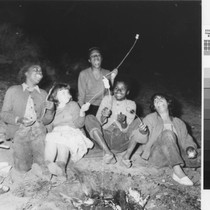 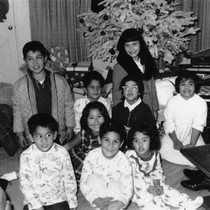 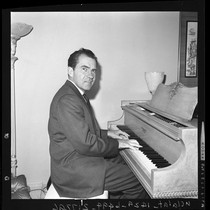 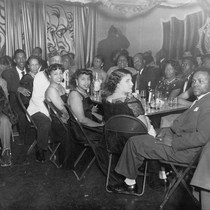 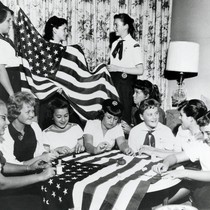 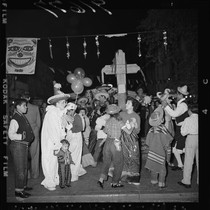 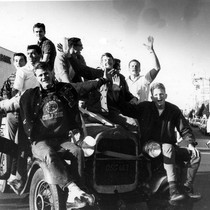 [Students sitting on car at Homecoming] 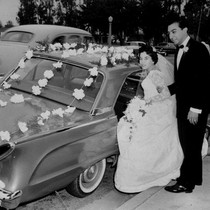 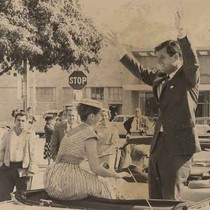 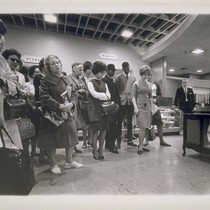 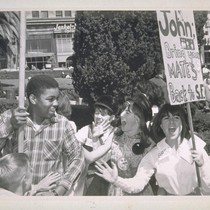 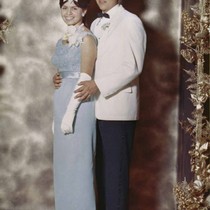 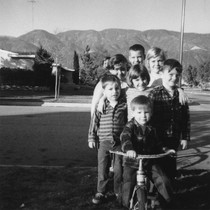 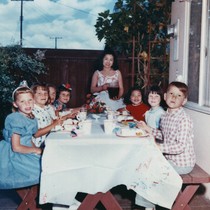 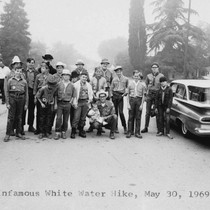 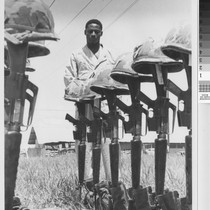 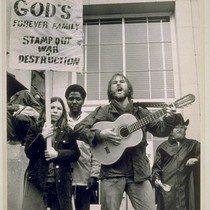 There were a large number of Christian anti- war slogans on picket signs - singer was singing about finding true peace with Jesus. U.C. rally moratorium, steps of Sproul Hall, University of California, at Berkeley 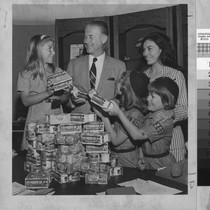 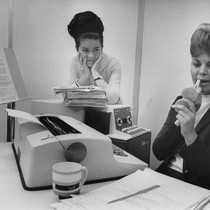 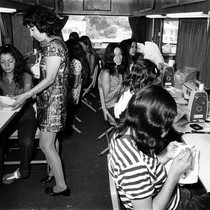 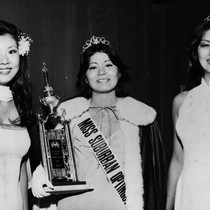 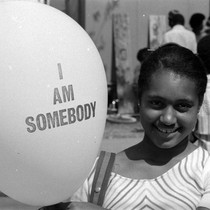 I am somebody balloon 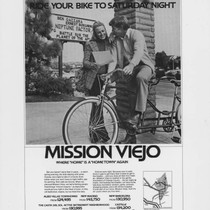 [Ride your bike to Saturday night--Mission Viejo, where "home" is a "hometown" again photographic print] 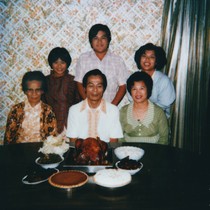 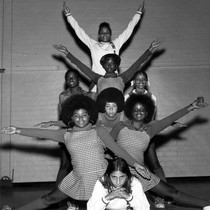 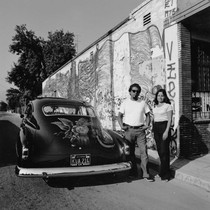 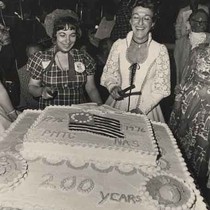 Cutting the bicentennial cake
View all

The images in this topic provide a glimpse into the daily lives and changing lifestyles of Californians during the 1950s, 60s, and 70s, as the country moved from postwar to protest. From birthday parties and family meals to homecoming rallies and political protests, these photographs reflect how life looked during those years. Two images show Californians interacting with political figures who shaped those decades.

The images from the 1950s reflect family, organizations, and celebrations. Family photos celebrate family moments: A family shares a meal around the kitchen table. Friends roast marshmallows around a campfire. Children pose in front of the Christmas tree at their grandmother’s Anaheim home. Even Vice President Richard M. Nixon (a Whittier native) is shown (in a posed picture) playing the piano for his wife and two daughters.

Patriotic community service is another theme shown in some images. In one photograph men and women enjoy a formal dinner at an American Legion post in San Bernardino. In another, a Girl Scout troup prepares a new 50-star American flag in 1959, when Hawaii became the fiftieth state.

In 1964, the Beatles performed at San Francisco’s Cow Palace. One news photograph shows members of the Beatles Fan Club voicing their excitement in Union Square. The same year, high school seniors all over California (like the San Bernardino couple shown here) were photographed at their proms. And everyday life—birthday parties, childhood friends, Boy Scout hikes—continued to be documented in family snapshots.

By the late 1960s, social protests were in the news. California, like the rest of the nation, was deeply split by the war in Vietnam. One photograph from the San Mateo Public Library shows a ceremony in Vietnam honoring soldiers who died in the war. Another shows Christian anti-war protesters singing on the steps of UC Berkeley’s Sproul Hall. A news clipping shows Brownie Troop 1202 sending pudding cups to San Mateo's adopted sons, the men of Company A, 101st Airborne Battalion, the Screaming Eagles, in Vietnam.

As the 1970s began, the photographs show female secretaries working for the City of San Bernardino, a high school sewing class with no male students, and young women competing in beauty pageants. Women’s rights and traditional gender roles were being actively questioned and defended as proponents tried (and failed) to pass the Equal Rights Amendment (ERA) into law. One photograph shows ERA demonstrators at Reagan's headquarters. Another shows a young African American girl at the Watts Summer Festival holding a balloon that proclaims “I am somebody.”

The suburbs continued to grow, as shown by this advertisement for the planned community of Mission Viejo in Orange County, promoting a small-town lifestyle. And the daily lives of California’s multicultural population continued to be documented in photographs: the Lee family enjoys a Thanksgiving dinner, Morningside High’s pep squad members pose for the camera, and Danny Flores and his wife pose next to their decorated 1952 Chevrolet. In 1976, Californians—like the costumed women shown cutting a huge cake—celebrated the nation’s bicentennial.

"Everyday Life from Postwar to Protest" was curated and written by the University of California in 2009.