The images in this group offer a glimpse into the daily lives of Asian Americans over more than a century.
Read full overview|Go to first item 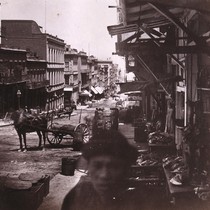 392. View among the Chinese on Sacramento Street, San Francisco 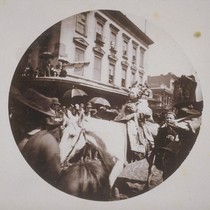 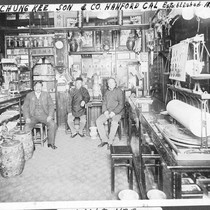 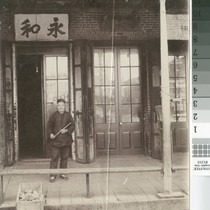 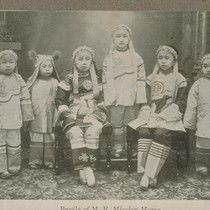 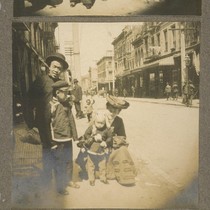 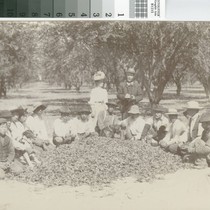 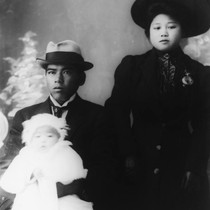 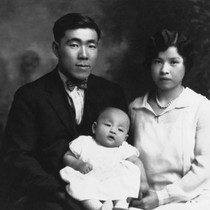 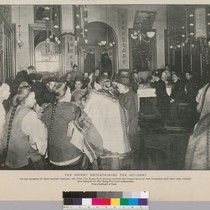 No. 9, page 9: The Orient Entertaining the Occident: On the occasion of their annual banquet, the Yinn Yee Kong Sow Society invited the Supervisors of San Francisco and their lady friends to a banquet in the Hong Fer Low restaurant 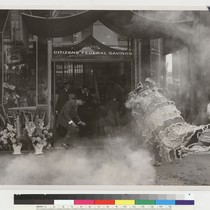 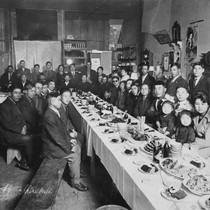 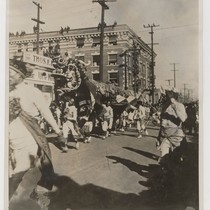 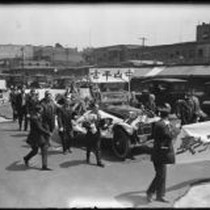 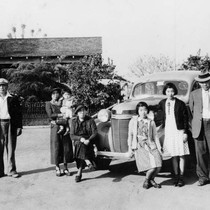 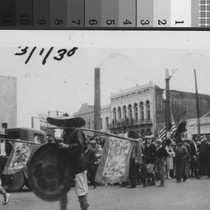 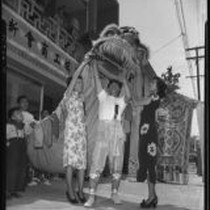 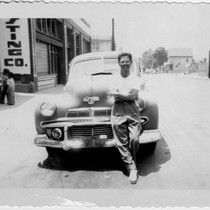 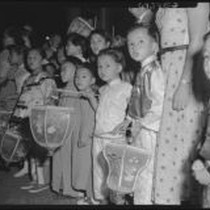 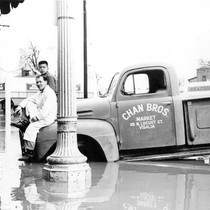 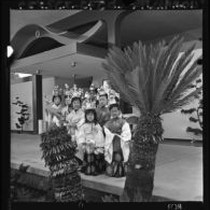 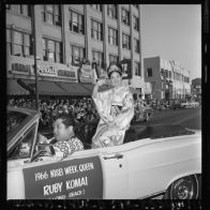 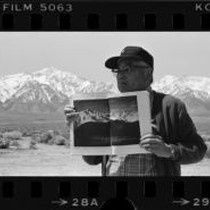 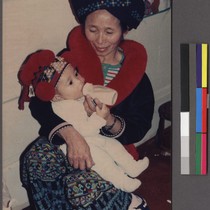 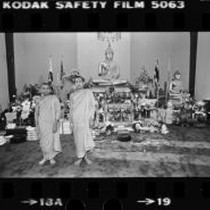 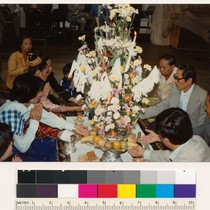 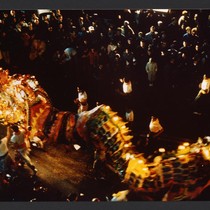 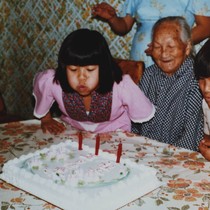 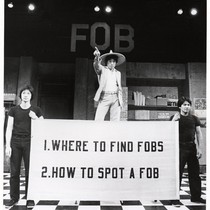 Asians began migrating to California during the Gold Rush era. But a number of factors — including the 1882 Chinese Exclusion act, the internment of Japanese Americans during World War II, and the "alien ineligible for citizenship" status imposed on Asian immigrants into the 1950s and 1960s — limited their numbers. Nonetheless, as these images make clear, Asian Californians have been part of everyday life in California since the mid-19th century.

Like other immigrant cultures, Asians in California have struggled with issues of ethnic identity and assimilation. In the 19th century, some immigrants still wore traditional dress (like some of the men in Hanford’s Sun Chung Kee Store, the bamboo flute player posing on the street in Yuba County, and the men and boys in the family on the street in San Francisco’s Chinatown). As these images show, they own businesses, work for other people, attend school, and commemorate family events and important life passages.

As Asian immigrants have assimilated into the larger American culture, their photographs — such as the Murakami and Hirahara family portraits, the man standing in front of his car in the 1940s, and the Chan Brothers truck stuck in a flood in 1955 — reflect this “Americanization.”

In the process, however, Asian Californians have also managed to keep a rich variety of cultural traditions alive, in public and private celebrations. For example, some later images document weddings and birthdays and holiday celebrations. These images also make clear the continuation of traditional religious celebrations (such as the Thai monks celebrating at the Wat Thai temple in North Hollywood, and the people eating at the Lao Baci ceremony), and the persistence of traditional community celebrations (evidenced by the many photos of dragon parades over the course of more than 100 years). Asian participation in contemporary arts is seen in the image of the Asian American Theatre Company’s performance of David Henry Hwang’s “F.O.B."

"Asian Americans: Everyday Life and Cultural Traditions, 1860s-1980s" was curated and written by the University of California in 2009 as part of the California Cultures project.