California was on the fringes of the Spanish empire until 1769, when a "sacred expedition" established outposts at San Diego and Monterey.
Read full overview|Go to first item 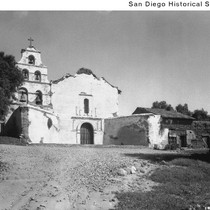 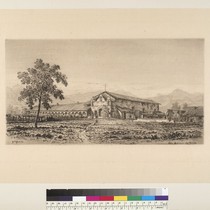 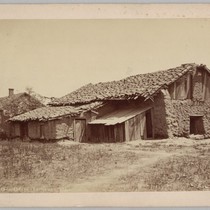 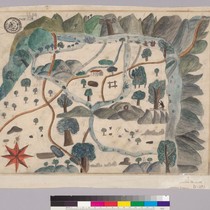 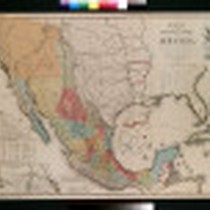 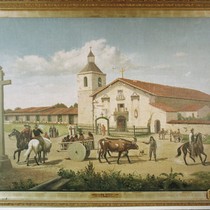 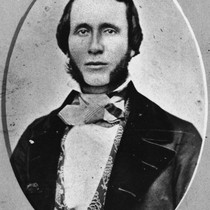 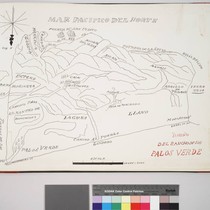 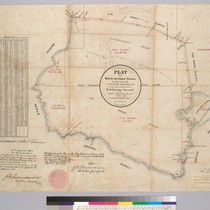 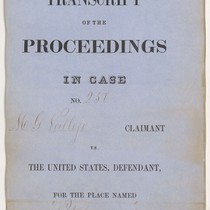 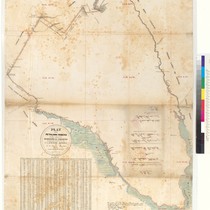 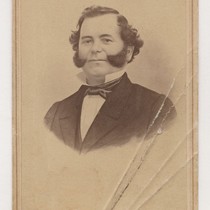 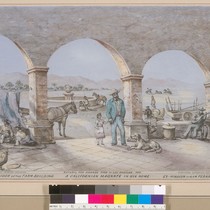 A California magnate in his home 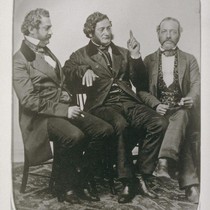 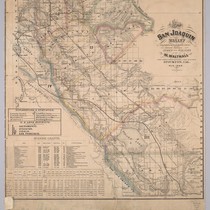 Map of the San Joaquin Valley [Calif.] : from latest & most authentic sources and from actual surveys / drawn and published by M. Walthall, land surveying & general business 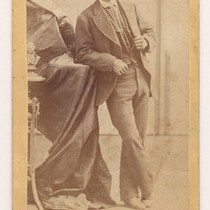 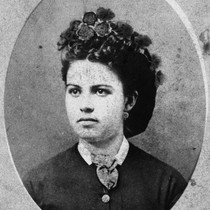 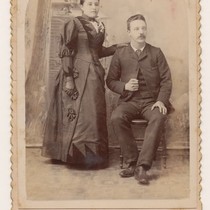 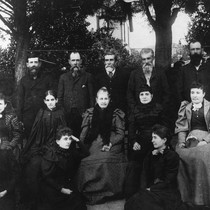 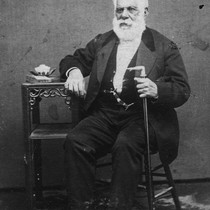 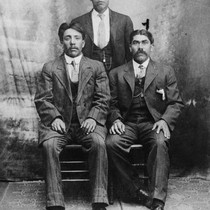 California was on the fringes of the Spanish empire until 1769, when a "sacred expedition" led by Captain Gaspar de Portolá and Franciscan Father Junípero Serra established outposts at San Diego and Monterey (Mission San Diego de Alcala and San Antonio de Pauda Mission are shown here). By 1823, Spaniards had founded 21 missions and numerous villages from San Diego to Sonoma.

The mission system was Spain's centuries-old method of advancing and securing its colonial frontiers by Christianizing and Hispanicizing native peoples. Lacking sufficient settlers, Spain used natives to colonize new lands and provide a labor force to sustain its colonies. One photograph (from ca. 1910) shows an old adobe building in Santa Clara, one of several built in 1792-1800 as dwellings for the Indian families of Mission Santa Clara.

In their 60 years of operation, the 21 California missions had employed 142 priests and baptized 87,787 natives. Missions were at once churches, towns, schools, farms, factories, and prisons, often operated in conjunction with a nearby military presidio and agricultural pueblo.

But the vast lands controlled by the missions made them a target of Mexican republicans who, after gaining independence from Spain in 1821, began calling for the privatization of church property. Secularization began in 1834. Half of all mission lands were to be turned over to local native groups, but distribution was haphazard. Native Californians were often swindled out of the land or simply never told that they owned land; subsequently, many drifted away, strangers in their own ancestral homelands.

For Spaniards, however, the California frontier was a place where castas (people of mixed ancestry) could move up the racial hierarchy. Over time, many Spanish families in California erased their African and indigenous ancestry by declaring themselves gente de razón, people of reason — in explicit opposition to California's native peoples. Affluent Spanish families could even purchase certificates of their blood purity from Spain. Wealthy Spanish Californians also held themselves separate from the gente corriente, working-class Spaniards who did not own their own land. The map of The United States of Mexico, shown here, illustrates how far Mexico's claims reached into what would later become of US state of California.

The Rise and Fall of the Californios (1800s)

The decline of the missions allowed for the rise of extensive ranching along the California coast and in the Sacramento Valley. To encourage agricultural development, the new Mexican government distributed more than 500 land grants to prominent families, using maps called diseños (like the colorful hand-drawn Diseño del Rancho San Miguelito in Monterey, the Diseño del Rancho de los Palos Verde, and the map of Rancho Petaluma) that roughly marked each grant's boundaries. This informal system of documentation would open the door to legal challenges by Americans after the US-Mexican War.

Well-connected families (such as the Vallejos, Alvarados, and Peraltas in the north and the Carillos, de la Guerras, and Picos in the south) could secure grants for each family member, creating an elite class of rancheros who controlled hundreds of thousands of prime acres. Photographs of some of these powerful men include José Andres Sepúlveda, mayor of Los Angeles in 1837; Mariano Guadalupe Vallejo; a group picture of Pablo de la Guerra, Salvador Vallejo, and Andres Pico; and Pio Pico, the last Mexican Governor of California.

These families mainly raised cattle for an emerging hide-and-tallow trade with American ships that sold the hides to Boston tanneries and the tallow to South American candle and soap factories. The Californios held themselves apart from non-land-owning Mexicans and natives, intermarrying with each other and with the American and European entrepreneurs who began settling in California during the 1830s.

The US-Mexican War, however, reversed the fortunes of elite Californios, who slowly lost their power, authority, and land. The Treaty of Guadalupe Hidalgo, which ended the war, had granted Californios full US citizenship and promised that their property would be "inviolably respected." But the informality of Mexican land grants made legal claims difficult when miners, squatters, and homesteaders overran Californios' lands, as the transcript of the legal challenge United States vs. Mariano G. Vallejo makes clear. shown here. In the case, filed on May 31, 1852, Vallejo claimed ownership of 66,622.17 acres in Sonoma County, at Petaluma and near Sonoma. He finally won the case in 1874, 22 years later.

Even when Californio families won legal title to their lands, many found themselves bankrupt from attorney's fees or taxes. The Peralta family lost all but 700 of their 49,000 acres in the East Bay (encompassing the present-day cities of San Leandro, Alameda, Oakland, Piedmont, Emeryville, Berkeley, and Albany) to lawyers, taxes, squatters, and speculators. Eight Californios participated in the California constitutional convention of 1849, but over time their political power declined along with their land base.

Interestingly, during this period, Los Angeles boosters played up a mythical "Spanish fantasy past." It popularized pastoral imagery of pious missionaries, quaint natives, and genteel Californios, and in some ways it persists to this day.

The oil painting Santa Clara Mission in 1849, and the watercolor A California Magnate in His Home (it is General Don Andres Pico) are good examples of this genre. Still, although certainly not entirely realistic, these scenes serve to give some idea of what life was like. The oil painting shows vaqueros on horseback, Indians in a wagon, and a priest at the gates of the mission itself. The watercolor shows the "magnate" (General Don Andres Pico) and probably his daughter in the corridor of a farm building (the ex-mission of San Fernando) with a musician, men and women, and animals. In the distance are an orchard and vaqueros lassoing cattle.

These scenes portrayed a California that no longer existed (if, in fact, it ever did). The actual Mexican population continued to suffer from racism and was sequestered to a portion of Los Angeles known as Sonoratown (the area north of old Sunset Boulevard, east of Broadway, and west of North Main Street).

"Hispanic Americans: Spanish Colonization and Californios, 1769-1800s" was curated and written by the University of California in 2005 as part of the California Cultures project.