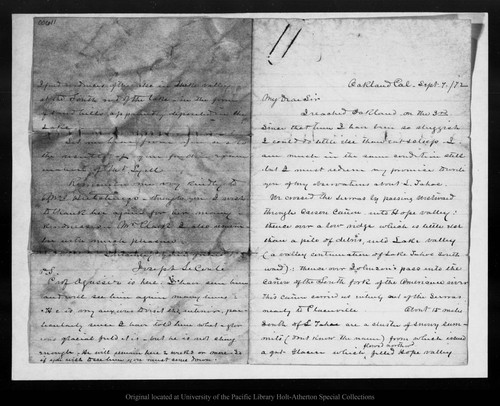 go to item page
7 of 24 in exhibition

The Letters of John Muir

Environmentalist John Muir dedicated his life to revealing the complexity and beauty of the natural world. His correspondence reveal his perspective as a scientist, writer, and activist.
Read full overview|Go to first item 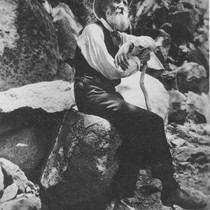 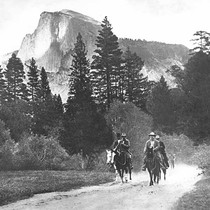 Roosevelt and Muir on horseback, Yosemite 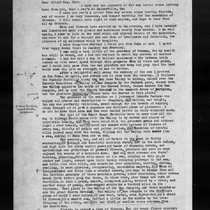 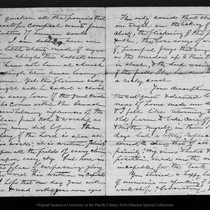 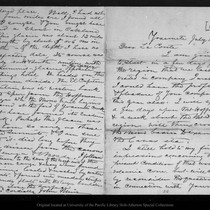 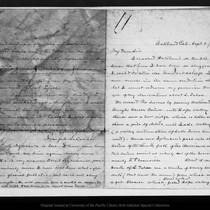 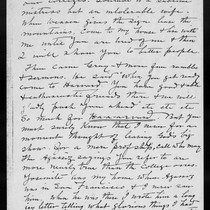 Letter from John Muir to [Robert Underwood] Johnson, 1895 May 3 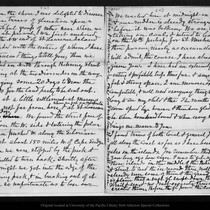 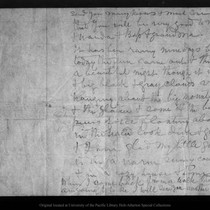 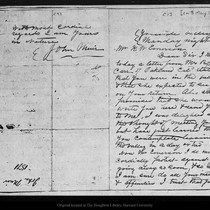 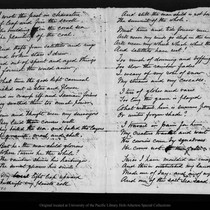 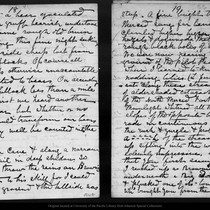 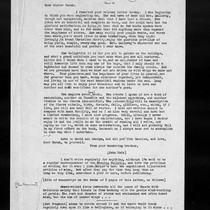 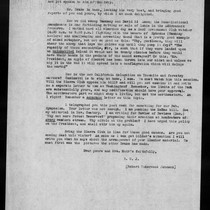 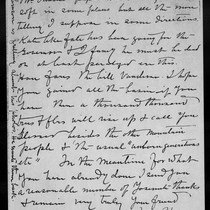 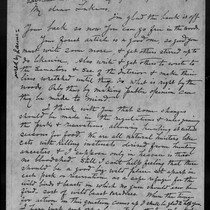 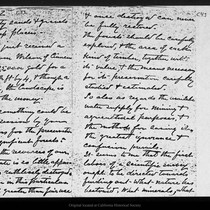 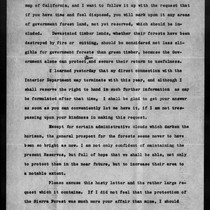 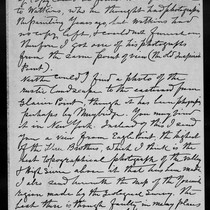 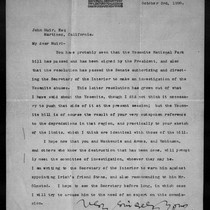 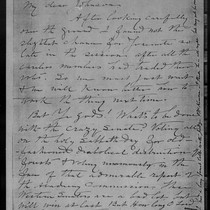 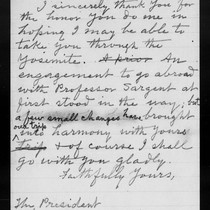 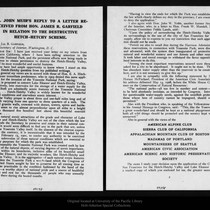 The images in this topic are scanned copies of correspondence to and from the naturalist John Muir (1838-1914). They show how Muir dedicated his life to revealing the complexity and beauty of the natural world as a scientist, writer, and activist. These are just a few of the more than 6,000 letters in the collection—all of which are fully searchable on this website.

John Muir lived a remarkable life of science and wonder. Born in Scotland in 1838, Muir immigrated to the United States with his family in 1849 and eventually moved to northern California. There, Muir made important contributions to the science of glaciology, wrote striking and influential articles and books about the beauty of nature, and advocated for the preservation of wilderness.

John Muir’s scientific curiosity led him first to explore botany. He corresponded with influential botanists like Asa Gray, to whom Muir sent detailed descriptions and drawings of plants he found in California’s Yosemite Valley, which he first visited in 1868. Muir lived in Yosemite for most of the next five years and would visit the area throughout the rest of his life. There, Muir developed a passion for geology and glaciology, and he discovered active glaciers. Muir made further observations and conclusions about how massive ice flows had once rumbled through Yosemite, carving its canyons and valleys. Although some “professional” scientists denounced Muir’s ideas, his Yosemite theories—many of which ultimately proved correct—steadily gained a following within and outside the scientific community when they began to appear in print in 1871.

Muir applied the same methods of observation to the glaciers of Alaska, where he traveled and conducted research throughout the 1880s and 1890s. Writing to his family in California, Muir explained the complexity of glacial history, but also drew attention to the glaciers’ awe-inspiring power and beauty.

A prolific writer of letters, articles, and books, Muir’s literary style bore the imprint of Romanticism, an intellectual movement that emphasized the spiritual and psychological value of the nonhuman natural world. The influence of Romanticism shines through most clearly in Muir’s extensive correspondence with his life-long friend Jeanne Carr. Writing to Carr about Yosemite in 1874, Muir mused, “How complete is the absorption of ones [sic] life into the spirits of mountain woods” (page 21).

Carr encouraged Muir to write for a broader public through newspapers and in magazines such as Overland Monthly, Harper’s Monthly, Scribner’s Monthly, and Century Magazine, which were powerful shapers of public opinion and policy. Century’s publisher, Robert Underwood Johnson, took an early interest in Muir’s writing and to Muir’s attention to details in description, explanation, and even form. Muir gained a devoted following of readers, and his publisher encouraged Muir to exploit his popularity to advocate for protection of the natural world.

Through his explorations, Muir came to believe that nature’s complexity and beauty deserved and needed protection. In some cases, Muir argued that nature provided resources, such as fish and timber, which must be saved for future generations. In arguing for the conservation of natural resources, Muir took a utilitarian “conservationist” approach shared by other scientists and policy makers of the late nineteenth and early twentieth century. Among the most notable advocates for conservation was Gifford Pinchot, the first Chief of the United States Forest Service, with whom Muir corresponded with on a number of occasions.

But Muir also argued that some special places should be preserved intact for humans to wonder at nature’s beauty and complexity. This “preservationist” philosophy motivated Muir in his contributions to successful efforts to establish National Parks, including Yosemite (formerly a state park) and Sequoia National Park. In 1892, Muir helped found and became the first president of the Sierra Club, a preservationist organization. He also formed alliances with powerful policy makers, including President Theodore Roosevelt, who brought 430 million acres of land under federal protection during his presidency.

Preservationist values could sometimes run contrary to the utilitarian drive of conservationists. That tension erupted between 1901 and 1913 during the fight over the damming of Hetch Hetchy, a valley in Muir’s beloved Yosemite National Park. Advocates in San Francisco maintained that the city needed the dam and its reservoir’s water supply for safety and prosperity. Muir countered with a barrage of scientific arguments and reflections on the astonishing beauty of the valley. Muir lost that particular fight—O’Shaughnessy Dam inundated Hetch Hetchy Valley in 1923—but his passionate defense of the nonhuman natural world’s inherent value has inspired generations of environmentalists.

"The Letters of John Muir" was curated and written by Theresa Salazar, Shan Sutton, and Bob Reinhardt at The Bancroft Library at UC Berkeley, the University of the Pacific, and the University of California in 2011.

The Letters of John Muir curated by Theresa Salazar, Shan Sutton, and Bob Reinhardt, available under a CC BY 4.0 license. © 2011, Regents of the University of California.