The images in this exhibition give us a view of what life in California was like at street level in the late 19th century and early to mid-20th century.
Read full overview|Go to first item 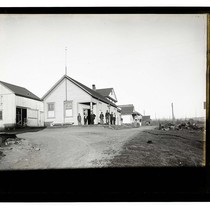 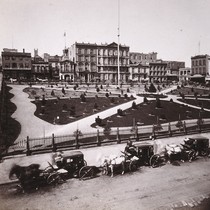 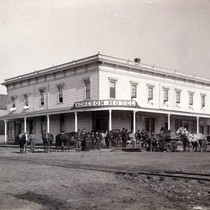 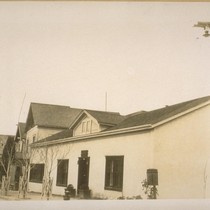 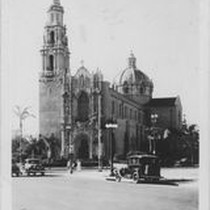 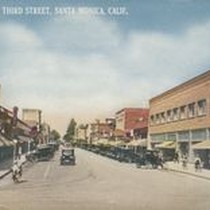 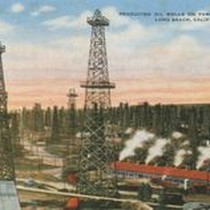 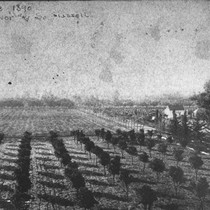 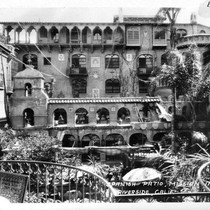 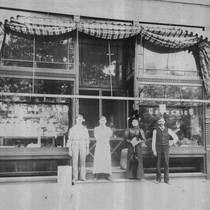 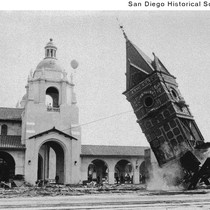 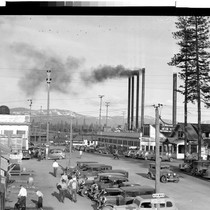 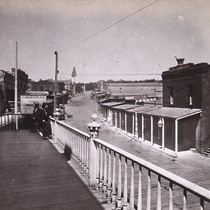 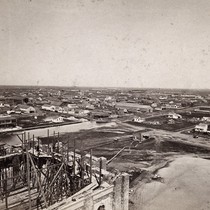 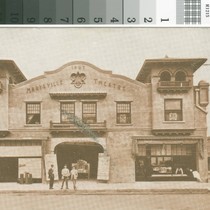 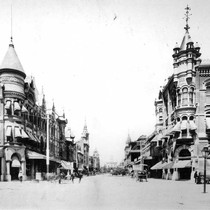 Intersection of Mariposa and I later Broadway streets Fresno California 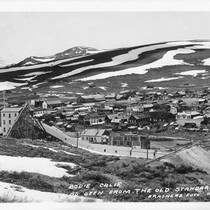 Bodie, Calif, as seen from the Old Standard Mine 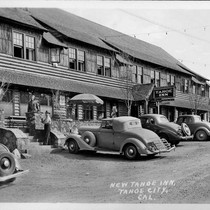 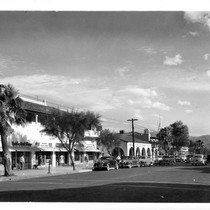 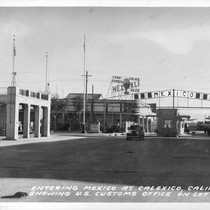 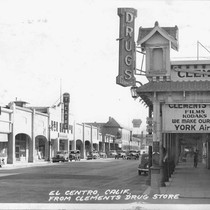 The images in this set give us a view of what life in California was like at street level in the late 19th century and early to mid-20th century. The growth of cities and arrival of new immigrants following the Gold Rush added to California’s ethnic diversity. In less than 100 years, California’s population exploded: from just under 100,000 people in the first 1850 census to over 5.5 million people by 1930.

Many of these city scenes reflect the environment. Others show the impact of major industries connected to the area’s geography. The present-day ghost town of Bodie in Mono County was constructed high in the mountains, alongside gold mining operations, so most building and living supplies had to be transported to the area.

The early gold country town of Grass Valley had elevated covered sidewalks and balconies to protect people from muddy, unpaved streets and the mess of horse-driven transportation.

Early images of Signal Hill in Long Beach feature the oil derricks that were so closely linked to the area’s development. And Westwood, in Lassen County, grew up around the lumber industry, where mills were a common sight. Orange groves frame several early agricultural boomtowns, lending the inspiration for place names like the city of Orange in Orange County.

The culture of cities is also reflected in their buildings. Farming cities like Fresno displayed their growth and agricultural wealth with multistoried buildings in the central downtown areas. Sacramento, the state capitol, copied the nation’s capitol, Washington, D.C., with a grid of streets radiating from the centrally located Capitol Building.

Influence also came from neighboring Mexico. As early as 1904, mounted patrols began guarding California’s southern border. When the border patrol became official in 1924, towns soon developed along the U.S.-Mexico border. Calexico was established to serve as a border checkpoint, and housed a U.S. Customs Office.

Some cities still maintained elements of Spanish and Californio society in their adobe buildings. This can be seen in the first federal court building in Monterey, and the beautiful Spanish patio of the Mission Inn in Riverside. San Diego kept some of the Spanish Colonial architectural style but demolished and rebuilt larger, more modern buildings like the Santa Fe Train Depot.

Stores, saloons, drugstores, theaters, hotels, and churches became central meeting places for people in towns and cities. By the 1890s, residents of the San Bernardino area might have purchased food staples from Casner and Burns Grocery Store. Spots like Pinks Saloon along the north coast provided places for people to gather, relax, and enjoy food and drink. Early drugstores, like Clements in El Centro, also served as the local ice cream parlor, lunch counter, and film processor.

Theaters, like this one in Marysville, became sites for popular culture. People who lived far from cities could still enjoy live performances and vaudeville acts. Some were later converted to movie theaters.

Hotels, like the Acheson Hotel in Berkeley, were meeting places for travelers and residents alike. Churches also served as community hubs. Some, like St. Vincent Cathedral in Los Angeles, provided a geographical and social landmark in a rapidly expanding city.

Streets, too, developed around social needs, many times based on the local industry or environment. Portsmouth Square in San Francisco organized neighborhood development around a central plaza. Third Street in Santa Monica was envisioned from the start as a comfortable shopping district. And the storefronts on Palm Drive near Desert Hot Springs, with their palm-lined walkways, consciously incorporated elements of the desert lifestyle.

Many of the cities pictured here have changed dramatically over the last 100 years. With the growth of the suburbs after World War II, for example, tracts of agricultural land became housing developments or shopping malls. Yet some old buildings and streets remain, providing vital links to a city’s history and origins.

"City Scenes in California History" was curated and written by Julia Brashares and Kara O'Keefe Fos, in collaboration with staff at the University of California, in 2011.