After-lives of the Vietnam War: The Art of Southeast Asian Refugees

When is war actually over? People affected by war endure ongoing conflicts beyond the official end date. This exhibition focuses on Vietnam War refugees and their efforts to document and share their experiences through visual art.
Read full overview|Go to first item 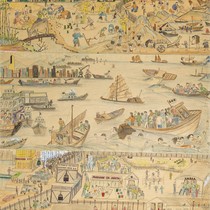 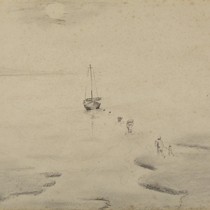 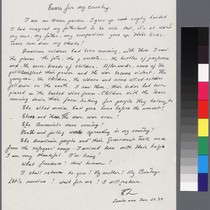 "Tears for my country" handwritten letter 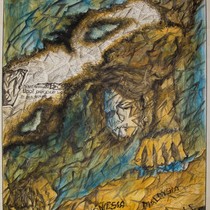 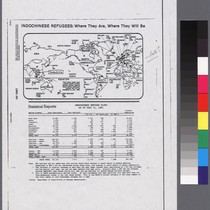 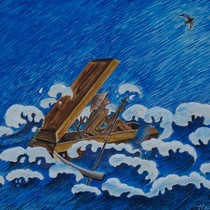 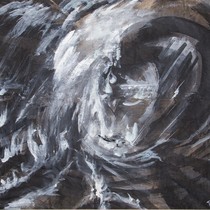 Freedom or Death - on the Sea, by Nguyen Dai Giang 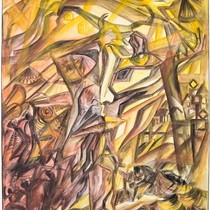 Boat People - who are we? 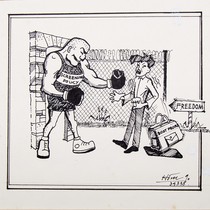 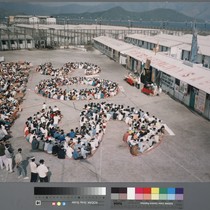 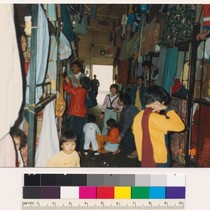 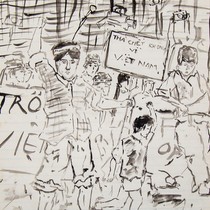 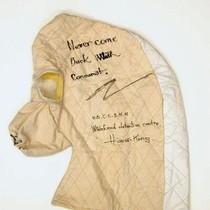 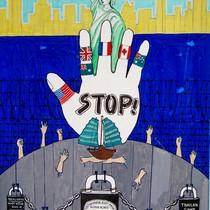 Stop, by Trinh Do 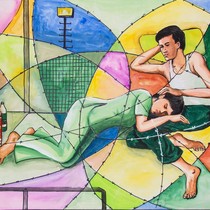 [...] sleeping/resting head in lap of another, by Hoang Bien 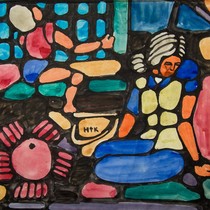 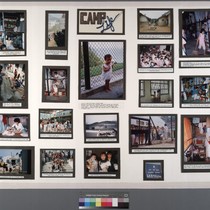 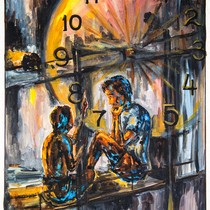 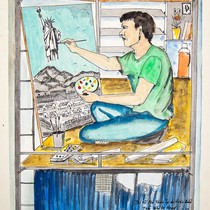 Painting the Statue of Liberty in the sky above Whitehead, by Hy Voy School 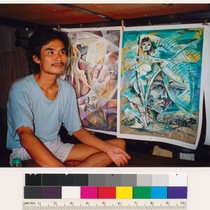 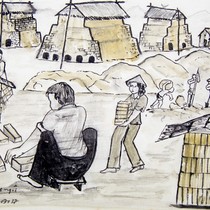 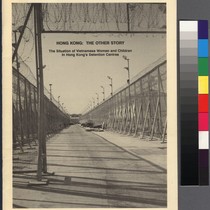 Hong Kong, the other story : the situation of Vietnamese women and children in Hong Kong's detention centres : a report 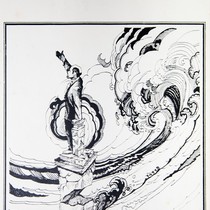 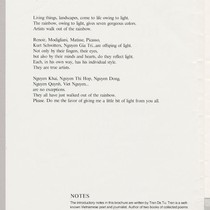 Those who walk out of the rainbow 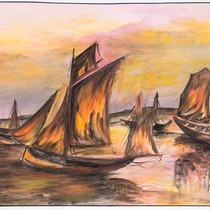 Sunset on Bare River
View all

When does war actually end? Chronologies usually provide finite dates marking the beginning and end of any given war. The Vietnam War (or Second Indochina War) has conventionally been bracketed by the partition of North and South Vietnam in 1954 and the withdrawal of American forces and the “fall of Saigon” in 1975. However, Critical Refugee Studies scholar Yen Le Espiritu argues that the Vietnam War requires critically interrogating “the endings that are not over.”

This exhibition grapples with the reverberations of the Vietnam War across time and space. It showcases refugee artwork produced in Southeast Asian camps of first asylum and centers on the inner lives and experiences of individuals whose lives have been upended by war. The artists make meaning out of dire conditions and demonstrate how an official end-date to war may obscure the ongoing conflicts endured by so many.

All artworks in the exhibit are from Véronique Saunier's “Still Lives” Collection. The collection was acquired by the UC Irvine Libraries in 2014 from Véronique Saunier, a freelance journalist who met the artists while volunteering in the refugee camps in Hong Kong. She organized an exhibition in 1990 at the Hong Kong Art Centre called “Still Lives: Art by Vietnamese Boat People in Hong Kong” to raise international awareness about the people whose lives were placed on hold in the camps, but who yet remained alive and living.

In this exhibition, "Southeast Asian" refers specifically to the populations from Cambodia, Laos, and Vietnam—countries that made up the former French Indochina and whose peoples were displaced by the Vietnam War.

"Camps of first asylum" refers to the places where refugees initially arrived and were processed for potential resettlement.

“Boat people” was the term used by the news media and in government and scholarly publications to refer to people who escaped their countries by boat following the Vietnam War.

After-lives of the Vietnam War was curated in 2017 by Thuy Vo Dang, Archivist for the Southeast Asian Archive at UC Irvine (UCI), and Cécile Whiting, Chancellor’s Professor of Art History, in collaboration with the UCI Libraries Special Collections & Archives department and undergraduate students from Professor Whiting's Fall 2016 "U.S. Art and War" class.