Natural resources like water, lumber, and oil—along with human-driven resources like transportation, agriculture, and technology—have all contributed to California's growth.
Read full overview|Go to first item 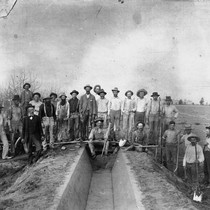 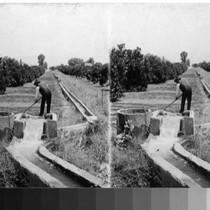 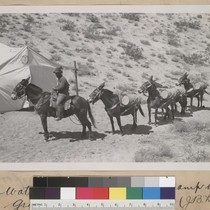 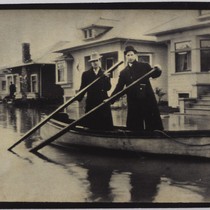 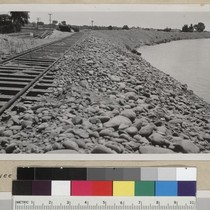 Levee of City of Sacramento faced with cobbles 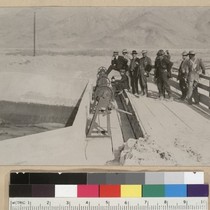 Opening of the head gates of the L.A. Aqueduct 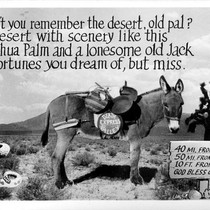 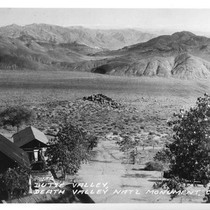 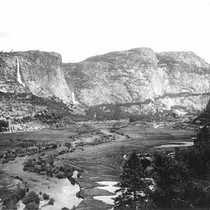 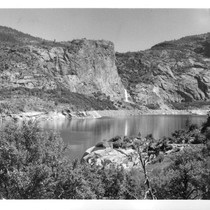 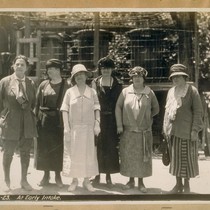 The Hetch Hetchy Project 1924. The lady on the left is Miss Margaret Mary Morgan, the Supervisor, and the lady in the center dressed in white is Mrs. Jas Ralph, Jr 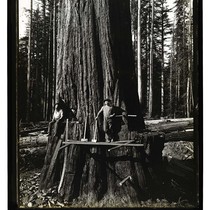 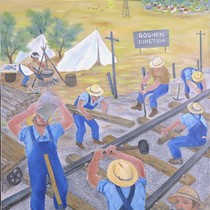 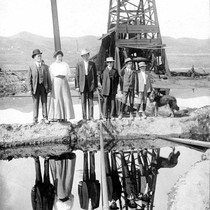 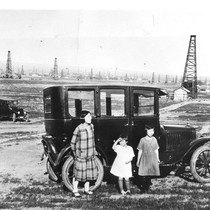 A Visit to the Coalinga Oil Fields, Kings County 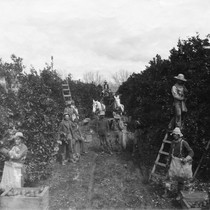 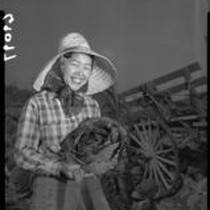 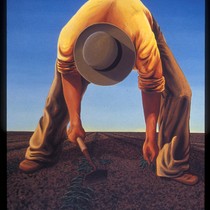 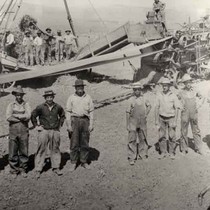 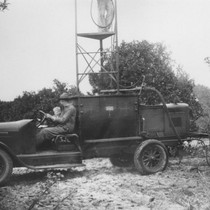 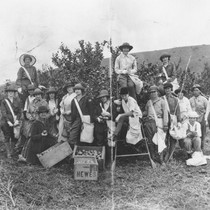 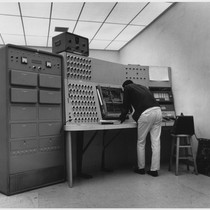 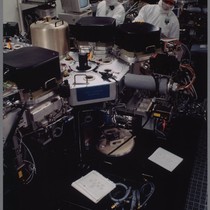 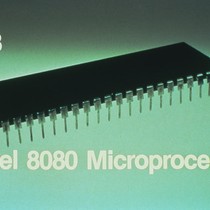 These images show the importance of both California's natural and human resource potential to the state’s development and subsequent wealth. Natural resources like water, lumber, and oil — along with human-driven resources like transportation, agriculture, and technology — have all contributed to California's growth. These natural resources drew many different ethnic groups to the state: human resources that would construct railways and aqueducts, plant crops and harvest them, strike it rich in oil or minerals, and innovate new technology.

California's history has been shaped by human management of its rich resources — water, lumber, oil, minerals, agriculture. Ancient Native Californians managed the environment almost invisibly, through controlled burning that encouraged continued new growth. As successive groups of settlers and citizens tried to control and harness the state’s water (both for survival and to capitalize on California's agricultural and mineral potential), the landscape was transformed. Irrigation was crucial to Californio ranchos and to the hydraulic mining of another lucrative resource — gold.

Getting water to people and fields was a problem. One photograph shows an early irrigation system for citrus orchards; another shows water being packed in on mules.

At the other end of the spectrum, flooding (as shown by the photograph of men boating down a flooded San Jose street in 1911) was a problem. Levees were built to hold back waters from flooding cities, as pictured in Sacramento in 1913.

Large-scale irrigation projects helped the state evolve into the nation's leading agricultural producer, especially in formerly arid regions. The humorous photograph of a burro in Death Valley is a truer picture of much of the Southern California landscape before water management’s dramatic changes.

California's population exploded in the 20th century, and more water began to be diverted to serve people and agriculture. A photograph shows the opening of the head gates for the Los Angeles Aqueduct in 1913, which fueled the city’s rapid growth.

Beginning in the 19th century, railroads transported people, agriculture, lumber, and gold in and out of California. Back-breaking railroad construction (pictured in the 1970 Henry Sugimoto painting) encouraged immigration and migration of different ethnic laborers, including Chinese, African Americans, and Europeans.

Oil, the 20th century’s “black gold,” helped to fuel industrial development, especially in Southern California. The prosperous family photographed at the Lucille Oil Company in 1907 shows the early stages of the oil industry. By 1930, the photograph of the family visiting the Coalinga oil fields displays the multitude of oil derricks dotting the landscape.

The people needed to design and construct large-scale water projects, harvest crops, build railroads, and create new industries are all crucial components of California's wealth. Men, women, and children of various ethnic and racial backgrounds all contributed to the growth and development of California’s industries. The images here show women working in the fields and supervising the Hetch Hetchy project. The photograph of campesinos, and the Victor Ochoa mural entitled "Labor in San Diego," reminds us that farm work often involves families and migrant communities.

Although California was no stranger to new technological achievements, the rapid development of the computer industry in and around the Silicon Valley area bolstered the state’s prominence within the global economy. The 1965 photograph shows a student working on an early computer. In the 21st century, the human ingenuity necessary for technological innovation and new industries continues to bolster the state’s potential.