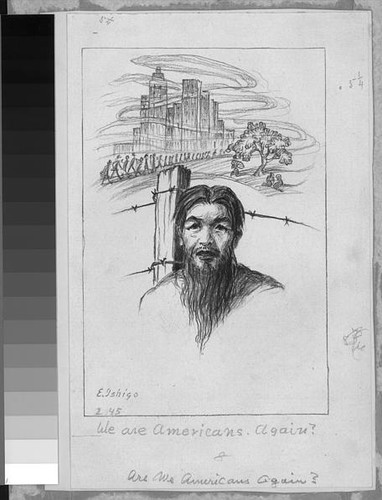 Artist Estelle Ishigo, the European American wife of a Japanese American, was among the American citizens forced out of California during World War II. Ishigo and her husband, Arthur, were first sent to Pomona Assembly Center and later to Heart Mountain Relocation Center, in a remote area of Wyoming. There, Estelle Ishigo continued her work as a painter. Students reflect on Ishigo's personal letters, artwork, and official documents to relate the themes of tolerance and prejudice to the era, understand that media plays a part in propaganda, and learn how artists convey thoughts and emotions through art.
Grade Level Recommendation:
Grades 9, 10, 11, and 12 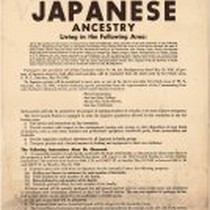 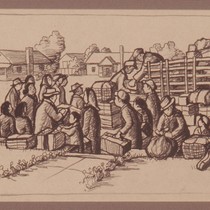 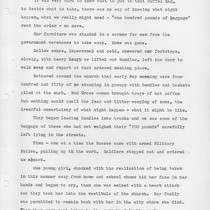 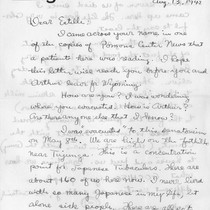 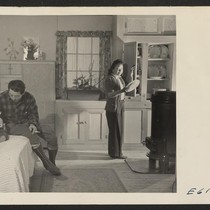 A few pieces of scrap and some additional mail order lumber, and the ingenuity of skilled hands, have converted a 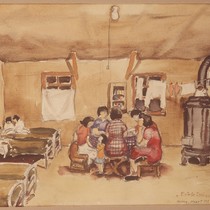 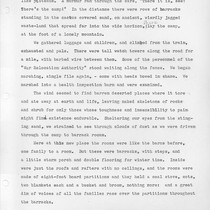 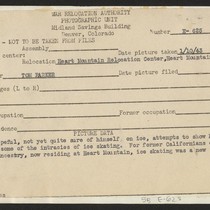 A young hopeful, not yet quite sure of himself on ice, attempts to show his best girl some of the intricacies of ice skating. For former Californians of Japanese ancestry, now residing at Heart Mountain, ice skating was a new thrill. Photographer: Parker, Tom Heart Mountain, Wyoming 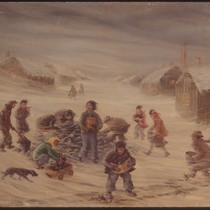 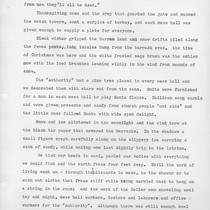 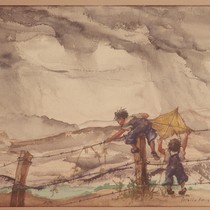 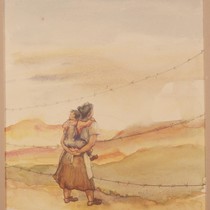 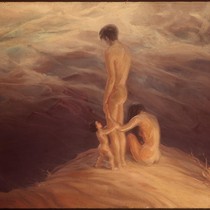 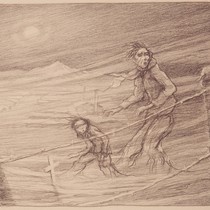 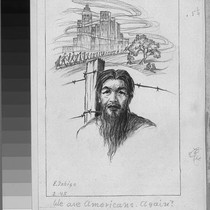 Are we Americans again?
View all

About this lesson plan:

Creator: Madeline Antilla This lesson plan was originally created at the UCLA Institute on Primary Resources.

The text of this lesson plan is available under a Creative Commons CC-BY license. You are free to share and adapt it however you like, provided you provide attribution as follows: